Canada to Fight Laundering of Drug Money through Casinos

British Columbia is going to crack down on large-scale transnational money laundering in its casinos that is tied to the opioid trade. 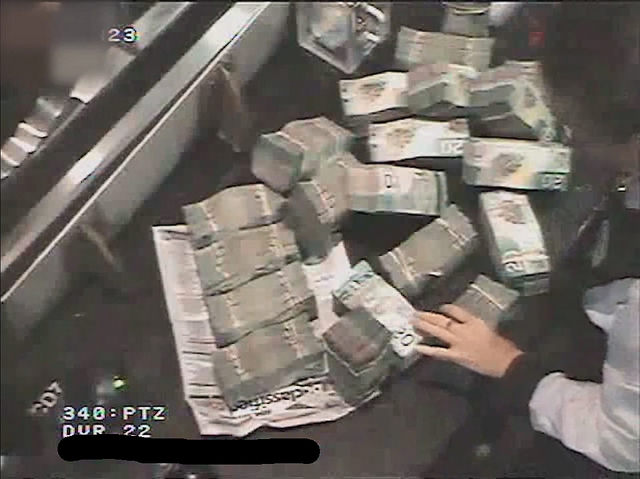 From BC Govenment“Money laundering isn’t a victimless crime,” said Attorney General David Eby on Wednesday. “It’s linked to the opioid crisis, and deaths on our streets.”

The announcement came after an independent report from Peter German, a former Canadian Mounted Police Commissioner, showed the extent to which casinos are being used to launder drug money.

At a news conference on Wednesday, German said it is hard to put a number on how much has been laundered in the past years but suggested a minimum of CA$100 million (US$75 million), and added it could be much higher.

The laundering scheme is based on the “Vancouver Model,” where money is relocated to Canada from China by loaning dirty money to gamblers who pay it back after they cash out, sometimes using offshore accounts.

German found that criminal organizations from China, Colombia, Mexico and elsewhere were using this scheme to launder drug money.

Usually, the money is laundered in three stages.

The crime groups loan money to high rollers and hire low-level members to gamble with small amounts. Those convert the cash into casino chips, gamble with parts of it for a while and then cash them out in form of legal checks or cash with a receipt proving they won the amount.

Video surveillance showing suspects carrying large bags stuffed with cash illustrates how this is when the launderers are most vulnerable.

The launderers walk out of the casinos with legitimatized money ready for the second stage called “layering.” The money they ‘won’ gambling is used to purchase cars or precious metals, invest in bonds or acquire near-bankrupt companies. Another way to layer or further disguise the money's origins is to place it in offshore accounts, shell companies and trusts.

In the third phase, the money goes back to its original owners, who spend it on real estate, cars, boats and the like. This can happen through simple wire transfers or can involve “sham companies, fraudulent accounting practices, and loan-back schemes.”

Loan sharks play a major role in the first phase and have historically been a part of the BC casinos, hanging around tables waiting for someone to run out of their personal funds and then offering them cash at exorbitant rates. The cash they carry with them mostly comes from illegal sources such as the drug trade.

While loan sharks initially operated on the game floor, casinos pushed their operations to the bathrooms and eventually outside the casinos.

“They began to arrange offsite cash transfers with patrons in nearby parking lots,” German's report said.

The former Mountie warned that a crackdown on casinos would send criminals to move cash through luxury goods, real estate, counterfeit products and horse racing and called for more investigations into these vulnerable sectors.

The Attorney General said that they have started implementing the 48 recommendations German put forth in his report.

When German talked to Vancouver Police, they said that while there is “significant money laundering in the legal casinos,” this is only “a drop in the bucket” of all the other ways money is being laundered throughout the region.

In response to the report, the British Columbia Lottery Corporation said it “will work in collaboration with service providers, law enforcement and regulators to keep dirty money out of B.C. casinos.”