The Supreme Court of Azerbaijan upheld the two-year prison sentence of an anti-corruption blogger who was convicted of libel after alleging police officers beat him and demanded he stop his anti-corruption advocacy, Radio Free Europe reported earlier this week. 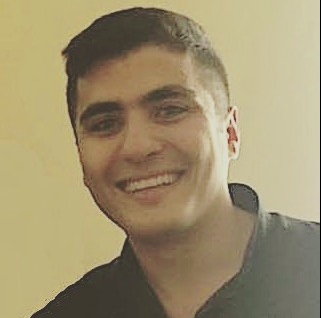 Mehman Huseynov (Source: Facebook)Mehman Huseynov, who was found guilty on defamation charges and sentenced last year, refused to take part in the June 25 hearing out of protest. He maintains his innocence and claims the case against him is politically motivated.

Before his detention in January 2017, Huseynov had published a series of photographs and video reports on lavish villas that allegedly belong to Azerbaijani officials.

Huseynov regularly covered state corruption and police brutality on his outlet SANCAQ, which is active on Facebook, Youtube, and Instagram. He also ran the Institute for Reporters’ Freedom and Safety, a Baku-based free speech advocacy group.

In Huseynov’s case, five plainclothes police officers allegedly dragged the journalist into an unmarked vehicle on the night of Jan. 9, 2017, and then proceeded to blindfold, gag, and beat him at the Nasimi district police station. According to Human Rights Watch, the officers supposedly used an electroshock weapon on his groin.

The next day, the Nasimi District Court fined Huseynov US$112 on charges of resisting the police.

During this January 10 trial, Huseynov told the court that he was beaten by the policemen. The judge ordered an investigation into the allegations, but prosecutors in Baku swiftly dismissed the claims as baseless and dropped the case.

On January 12, however, state prosecutors acted on a criminal complaint from the chief police officer for Baku's Nasimi district, Musa Musayev, and charged Huseynov with defamation for saying the officers had beaten him.

In a January 13 press release, the interior ministry dismissed Huseynov’s accusations as merely slander against the police. After two hearings, the court found him guilty and sentenced him to two years in prison.

Huseynov's lawyers said they will now appeal Huseynov’s conviction to the European Court of Human Rights in Strasbourg.