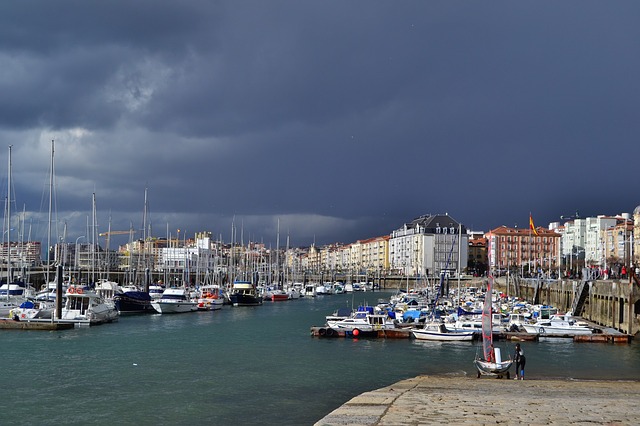 Port in Santander, Spain (Photo Credit: Pixabay)The group allegedly hid the migrants in containers, trailers and caravans in restricted shipping company lots in Northern Spain’s ports of Santander and Santurtzi. The containers were then boarded onto regular ferries going to the U.K.

With support from Europol and its European Migrant Smuggling Center, EMSC, the Spanish Guardia Civil started an investigation after they noticed an increase in Albanians trying to access the port of Santurtzi.

The police discovered a whole criminal organization that was based in the area between Cantabria and Bizkaia.

The smugglers transported migrants from various camps, some of which were in France, to the Spanish towns of Cantabria and Biscay and provided them with temporary housing. From there, the migrants would be brought to the ports and smuggled on board the ferries.

On March 19, the Spanish Guardia Civil arrested the members, who are Iraqi, Albanian and Spanish nationals, during a raid of three houses in Bilbao, Portugalete and Santander. Two of the houses were safe houses, which had numbered and locked rooms where the migrants were supposedly being kept.

The organization is suspected of having connections in France, Belgium and the U.K.

Investigators also received help from Europol, who sent an analyst to Bilbao with a mobile office and a so-called Universal Forensic Extraction Device, which allowed the team to extract data from the seized devices and cross-check them with Europol databases.

The Spanish Guardia Civil charged the members with belonging to a criminal organization and violating the rights of foreign citizens.

According to the official statement of the Guardia Civil, the investigation is ongoing and more arrests could be made.