Albanian police say they arrested 39 suspected members of a smuggling network, including four policemen, that helped some 1,000 Albanian citizens illegally emigrate to North America and the United Kingdom in exchange for US$ 9,820 to $30,000 per person. 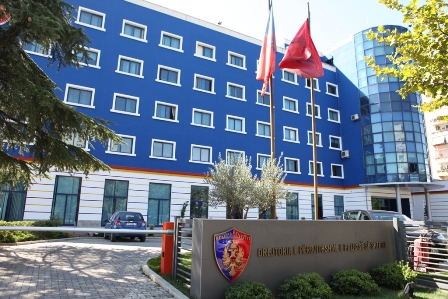 “It turns out that seven structured criminal groups operating in Albania, Bulgaria, Spain, France, the Dominican Republic, Italy, Britain, Ireland, the US and Canada have enabled the smuggling,” authorities said.

Police chief Ardi Veliu said some traveled  through the Dominican Republic or South America to enter the U.S. and Canada, according to Deutsche Welle.

Albanians can freely travel throughout the European Union’s Schengen zone. However, they must still apply for visas to travel to Canada, the U.S., or the U.K.

The authorities also said they had arrested the four police officers for abusing their position by working with the smugglers and not properly inspecting the smuggled nationals’ documents.

Police are still searching for 12 others in connection to the case. Authorities seized computers, mobile phones, vehicles, cash, documents and even weapons related to the crackdown.

The operation “demonstrates the increased credibility of the Albanian police, prosecution, and other law enforcement agencies to international partners,” authorities said.

On Friday, Albanian prosecutors said that the mayor of Lezhe and 11 officials were arrested for their alleged part in selling coastal land in a scheme to receive large amounts of money, reports Deutsche Welle.

Albania is a candidate country for the E.U. with membership negotiations slated to begin this year. However, the NATO member has faced criticism over organized crime and drug trafficking.