A former general manager and secretary of a Singaporean town council was charged on 55 counts of corruption, the Straits Times reported on Wednesday. 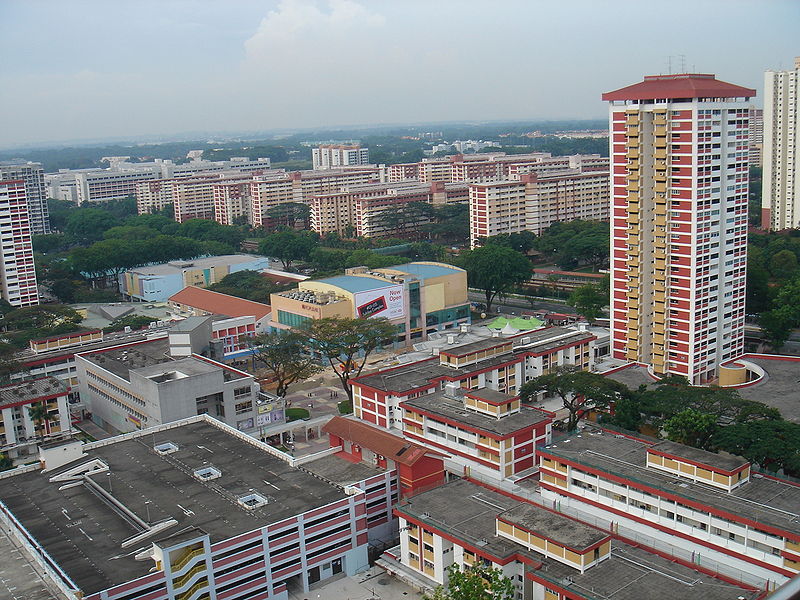 An aerial view of Ang Mo Kio, the Singaporean town where businessmen and an official face corruption charges. (Photo: Wikimedia)Wong Chee Meng, 58, aka Victor Wong, is alleged to have accepted bribes amounting to US $107,000 from company directors in exchange for advancing their business interests.

The six-figure sum included meals, entertainment, discount on a car, a mobile phone contract, a job for his daughter-in-law and even overseas remittances to his mistress in China.

Chia Sin Lan, 62, the director of one of the companies that allegedly paid Wong gratification money, was also charged on one count of abetment by conspiring with another accused businessman, Yip Fong Yin, to provide Wong with the US $13,500 car discount.

Chia also faces 54 other charges of corruptly offering Wong inducements. Both Wong and Chia’s lawyers said that they intend to plead not guilty. District Judge Brenda Tan granted bail of $100,000 each ahead of their return to court on April 11.

Wong lost his job after the council received a complaint about him in September 2016 about "the way he handles contracts and dealings in the town council". Media reported in December 2016 that Wong was being investigated by the Corrupt Practices Investigation Bureau.

The town council manages housing estates in Ang Mo Kio GRC. Its chairman is Ang Hin Kee, and the other six members include Prime Minister Lee Hsien Loong. In a statement, the CPIB said that Singapore adopts a zero-tolerance approach towards corruption. The bureau "takes a serious view of any corrupt practices and will not hesitate to take action against any party involved in such acts".