Lithuania: Controversial MP Resigns on the Eve of Protest

A day after the Lithuanian parliament failed to impeach him for breaking his oath of office, a formerly influential lawmaker resigned on Wednesday, a day before scheduled protests against the scandalous parliament vote. 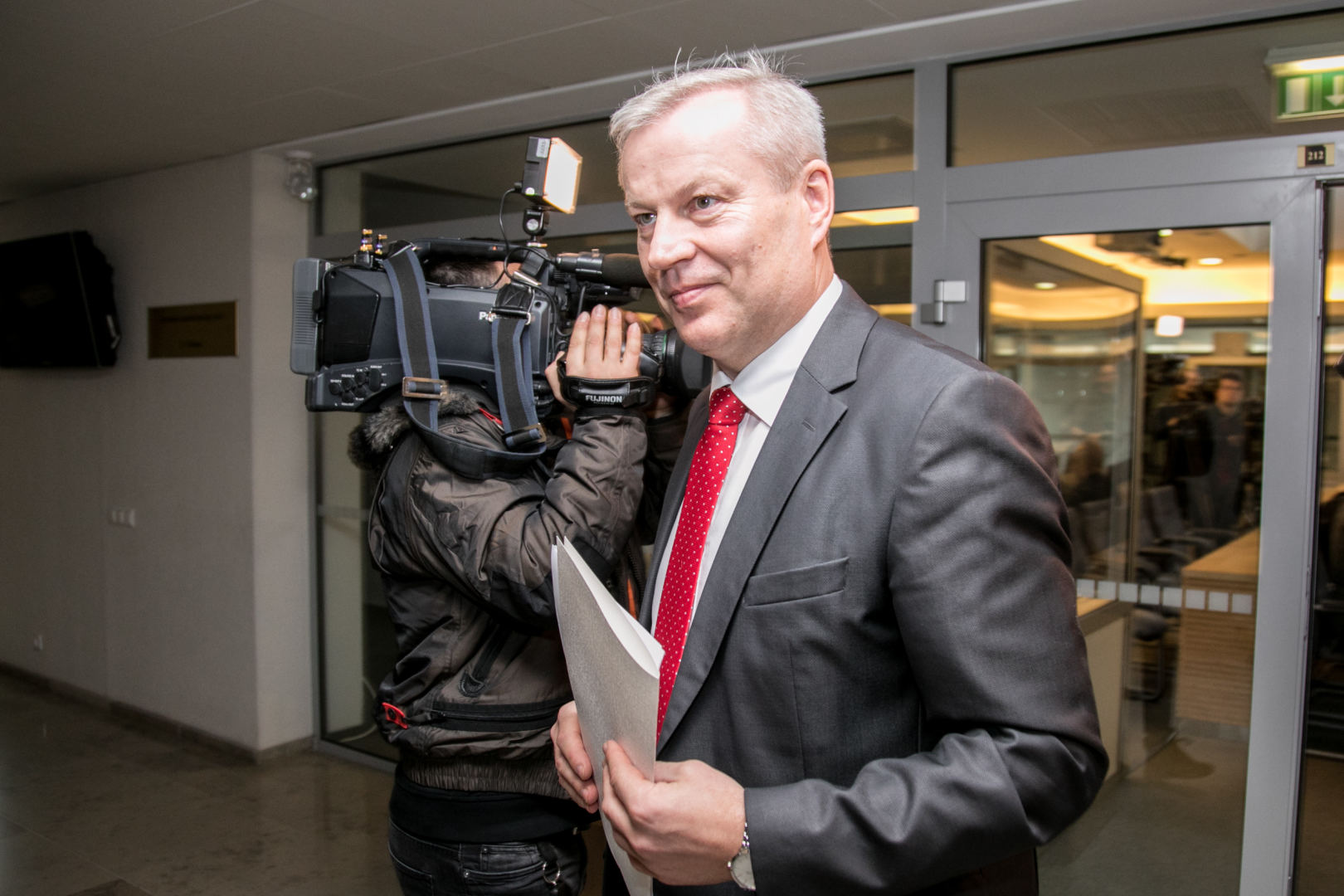 Mindaugas Bastys (Photo: Juliaus Kalinsko; 15min.lt)An impeachment procedure was launched against Mindaugas Bastys after his security clearance was denied based on suggestions from the country’s intelligence service that he was connected to Russian interest groups and people affiliated with organized crime. In spite of a ruling by the Baltic state‘s Constitutional Court, stating that Bastys had broken his oath, the parliament failed on Tuesday to gather enough votes to impeach him.

This outraged Lithuanians. Andrius Tapinas, a famous journalist and a TV show host, called on citizens to object to the parliament’s decision to keep Bastys and take to the streets on Thursday.

Although he stated on Tuesday he had no intention to resign, Bastys suddenly changed his mind and announced his departure on Wednesday at an unexpected press conference.

Bastys said it was his personal decision and had nothing to do with the announced protests or talks he might have had with some of the country‘s most powerful politicians.

“I wanted to prove my truth. And I succeeded,” Bastys said about the failed impeachment vote.

Bastys said he intends to remain active in politics. Since he was elected in a single-seat constituency, a new election has to be held in order to fill his seat but Bastys did not reveal whether he will run for it.