Brazil Prosecutor Asks Court to Silence the Head of Police

The prosecutor heading the most recent corruption case against Brazilian president, Michel Temer, asked the Supreme Court on Monday to prevent the head of the federal police, Fernando Segovia, from interfering with the probe, according to Reuters. 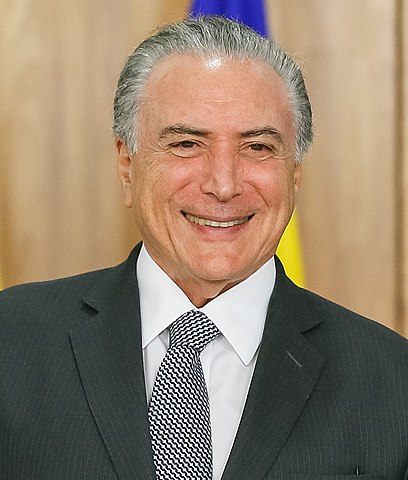 Michel Temer, Brazil's president, who is currently under investigation for accepting bribes (Photo: Beto Barata, CC-BY-2.0)The investigation relates to alleged bribes Temer may have accepted last year in return for allowing the logistics firm Rodrimar SA to have access to the Port of Santos, Latin America’s busiest container port.

The order that Attorney General Raquel Dodge has requested would count public statements about the investigation as acts of interference.

On Sunday, Reuters reported that the top prosecutor had successfully obtained a different Supreme Court order-- this one allowing investigators to use previously protected bank account documents, tax information and emails belonging to people and companies implicated in the corruption case.

The judges did not name the specific people or companies whose documents were made unsecret.

The bribery probe is the only case pending against Temer, who last year avoided standing trial before the Supreme Court on charges of corruption, obstruction of justice and organized crime as the result of of a congressional vote.