Exiled former Peruvian president Alejandro Toledo has been accused of taking millions of dollars in bribes through Scottish shell companies linked to one of the country’s biggest law firms, The Herald claimed on Monday. 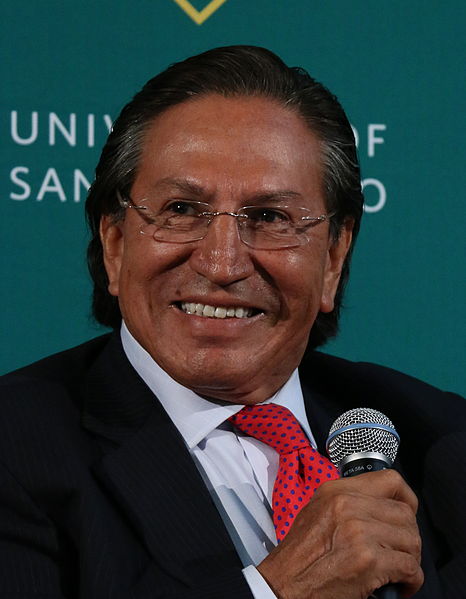 Alejandro Toledo is the subject of an Interpol investigation as of February 2017 (Source: San Francisco Foghorn, CC BY 2.0)Peruvian authorities have accused Toledo of having received the money from the Brazilian construction company Odebrecht in exchange for lucrative construction contracts for a major highway project. The Ruta Interoceanica was meant to connect the Peruvian Pacific coast with the Atlantic in Brazil.

The Odebrecht scandal has engulfed the Latin American continent.

The Herald reported that some six million dollars were transferred from an account in a Scottish limited partnership (SLP) registered at the address of law firm, Burness.

The former president was an activist against the Fujimori regime in Peru during the 1990s, and went on to become the country’s first indigenous president. He is alleged to have been accepting bribes from 2005 to 2010.

SLP’s came under scrutiny when three other entities that Odebrecht admitted to using as vehicles for bribe payouts were linked to another prominent Scottish establishment firm, Jordans. There is no evidence to suggest either Jordans or Burness broke regulations or had knowledge of the uses of these SLPs.

“When even respectable firms are being linked unwittingly to international corruption and criminality, alarm bells should be ringing in the UK Government,” SNP MP Alison Thewliss commented, "the more that we delve into the murky world of SLPs, the more evident it becomes that the rules are being flouted and those who ought to carry out due diligence are shirking their responsibility.”

Journalists from the Herald and Transparency International have been investigating and reporting on SLPs and their roles in perpetuating global corruption, including those implicated in the Odebrecht scandal.