Maldives President Abdulla Yameen has dismissed a petition from opposition leaders that called on the island nation’s Supreme Court to temporarily remove him from office and investigate allegations of corruption against him, Al Jazeera reported on Monday. 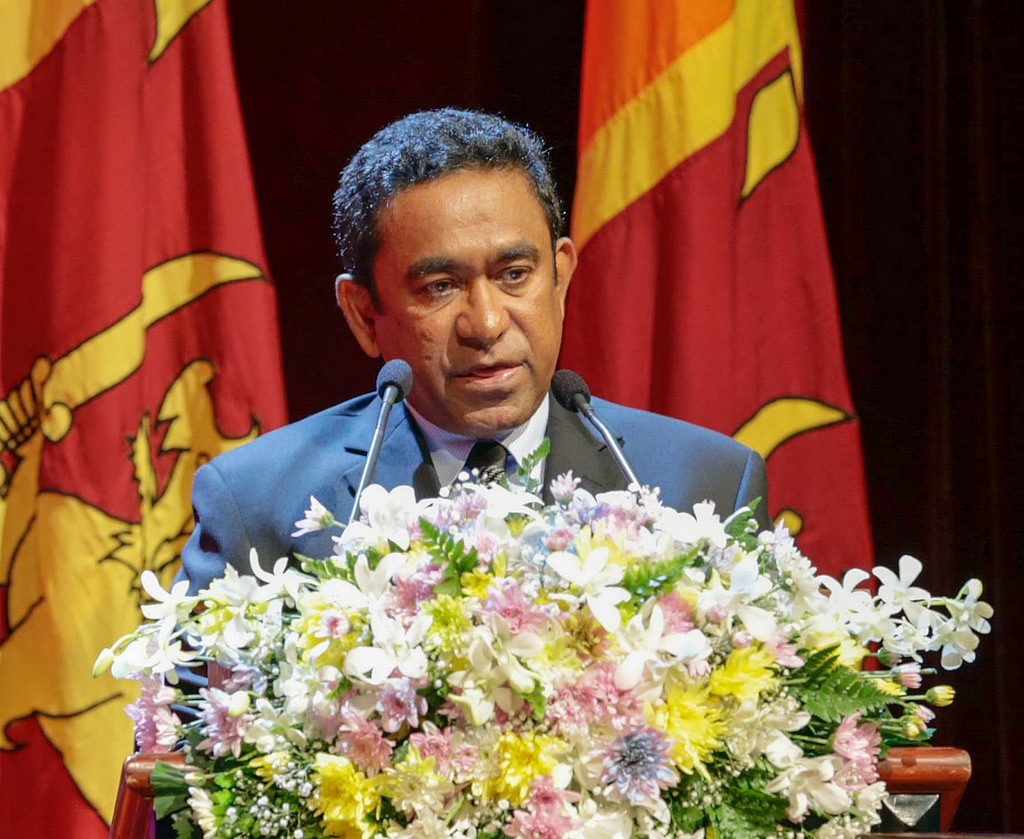 Maldives President Abdulla Yameen addresses the 8th General Assembly of the International Conference of Asian Political Parties (Photo: Flikr)Yameen is accused by his opponents of rights abuses, misrule, and "unprecedented corruption, including unjust enrichment from appropriation of state properties and funds for personal benefit, for the benefit of his family and political associates."

The opposition alliance said it appealed to the Maldives’ highest court because parliament, which can remove the president, had effectively stopped functioning since the military stormed the building last year to prevent the impeachment of the parliament speaker, a key ally of Yameen.

However, Yameen told his supporters on Monday that the opposition, which includes two former presidents, Maumoon Abdul Gayoom and Mohamed Nasheed, was "seeking to overthrow a legitimate government.”

Yameen and his former deputy, Ahmed Adeeb, have allegedly embezzled millions of dollars in tourism revenues mostly accrued from the sale of around 60 islands in the archipelago.

Three of the former vice president's contractors admitted that they carried cash to the president, in inconspicuously filmed confessions.

One of the men, Mohamed Allam Latheef, said he deposited cheques amounting to US $1m the president's private account, a claim corroborated by the anti-graft watchdog last year.

The Anti Corruption Commission deferred the case on the grounds it was not able to question Latheef since he had absconded.

A spokesperson for the Supreme Court told Al Jazeera the judges have not yet commented on whether they would hear the petition.

The Maldives has been in a state of political chaos since Nasheed, the country's first democratically elected leader, was jailed in 2015 on trumped up "terrorism" charges.

The trial was declared unfair by a UN rights panel and sparked large protests before a subsequent crackdown saw the arrest of hundreds of dissidents.

Mariyam Shiuna, executive director of Transparency Maldives, an anti-corruption group, cast doubt on whether the Supreme Court, which has protected the government previously, would act.

The opposition was "clutching at straws in a bid to make some headway in holding President Yameen accountable", she said.

She added that the move demonstrated the opposition's absence of confidence in the possibility of a free and fair vote in the general election later this year.