The European Union’s anti-fraud office concluded its two-year investigation into the Hungarian lighting company Elios Innovativ Zrt. on Friday, finding evidence of “serious irregularities” and “conflict of interest” in the way it was being awarded government contracts. Many of these contracts used EU funds. 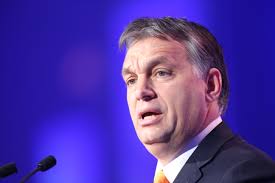 Prime Minister Viktor Orban's son-in-law once controlled Elios, found by OLAF to exhibit "serious irregularities" (Photo: EPP, CC-BY-2.0)According to OCCRP partner Atlatszo.hu, at the time when Istvan Tiborcz, the son-in-law of Hungarian Prime Minister Viktor Orban, controlled the company, Elios won 39 new contracts to modernize street lights throughout the country. Between 2011 and 2015, the company’s profits rose by almost US$ 3 million. In 2014 it made a high profit margin of 14%.

Tiborcz sold his shares to business partner and high school friend Endre Hamar in 2015, after several news outlets reported on his questionable position as both a beneficiary of Elios and a family member of Prime Minister Orban.

At the time the contracts were being awarded, Hamar was the owner of Sistrade, which gave city governments advice on the requirements for successful public bidders, according to a source familiar with the case.

Anita Komuves of the investigative outlet Atlatszo.hu co-reported the Wall Street Journal story; the Hungarian outlet has been reporting on Tiborcz’s questionable business transactions for years.

The results of this freshly-concluded investigation could potentially lead the EU to fine Hungary more than US$ 47 million, the amount spent on the allegedly inflated contracts offered to Elios without a fair bidding process.