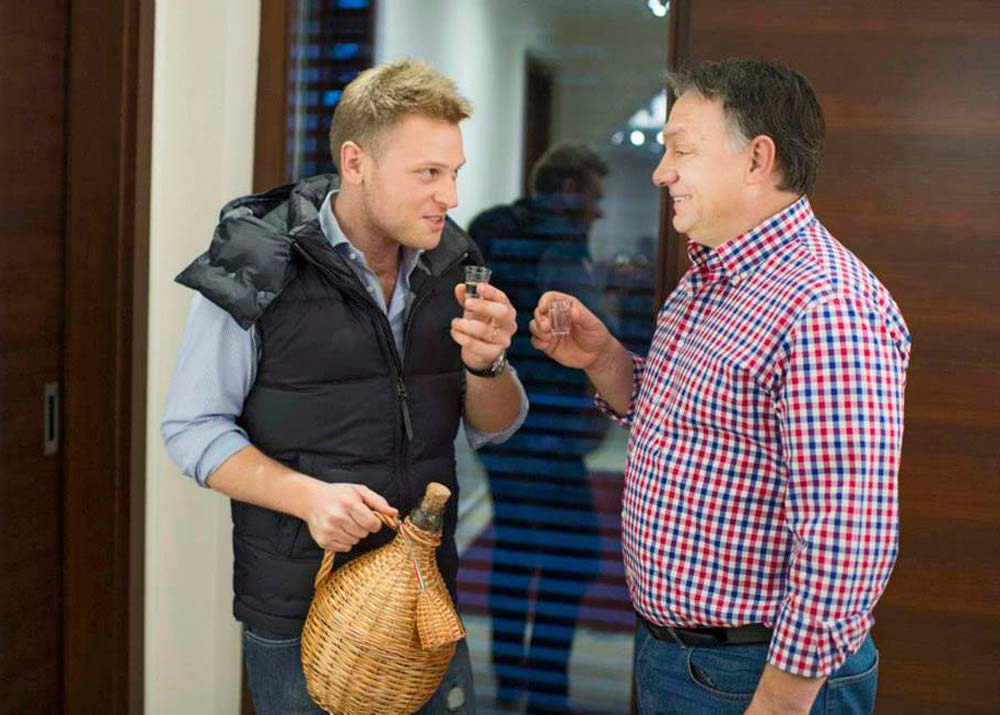 István Tiborcz and Viktor OrbánLast April Tiborcz sold his shares in Elios Innovatív, an energy company, as Hungarian and European Union authorities investigated how the firm was awarded many public contracts without competition.

Both investigations are still ongoing and the authorities declined to reveal any information about their findings.

Since Tiborcz’s withdrawal, a company run by businessman Endre Hamar, one of Tiborcz’s closest associates for years, has been awarded several state contracts.

Last summer, Eupro Ltd., one of Hamar’s companies, received a European Union grant of 141 million forints (€ 450,000 or US$ 488,000) to help the government institute flexible employment practices.

A few months later, Eupro was also awarded a public contract worth 12 million forints (€ 38,000 or US$ 41,000) for conducting quality control in procurements. Last December, Eupro was hired from the Central Smart Metering (KOM) Plc., a new Hungarian state company. In both of these tenders, Eupro was chosen in a closed process for smaller projects for which only a few companies were invited to bid.

Even though the contract with KOM Plc. is relatively small – 20 million forints (€ 63,000 or US$ 68,000) – the task is significant. The consultancy work will give Eupro important insight into the program during which the government will spend, mostly through private companies, 6.5 billion forints (€ 20.6 million or US$ 22.3 million) in the next few years.

Tiborcz and Hamar did not answer Direkt36’s questions concerning their relationship, but according to publicly available information and a former schoolmate they both went to the same high school, Lajos Nagy High School of the Cistercian Order in Pécs, a town in southwestern Hungary.

Hamar, 31, is two years older than Tiborcz and has a degree in law. He started his business career in 2011, when together with Tiborcz he launched Hamar & Tiborcz Legal and Economic Consulting Ltd. Hamar quit the consultancy in 2013 but business links between the two remained.

It was Hamar who sold his shares in Elios Innovatív, the energy company, to Tiborcz just as he later sold Tiborcz a construction company. Also, in a beverage trade company they followed each other as CEO.

Recently, their names appeared in connection with the castle of Tura, which was sold to a newly founded company in November 2015. Hamar’s law firm provided the paperwork for the property deal, and Tiborcz paid the fee to found the company that bought the castle, reported Hungarian news site 444.hu, citing court records.