Pakistan to probe 436 people named in the Panama Papers

Pakistan’s Supreme Court ordered on Thursday the country’s anti-graft agency to serve notices to 436 Pakistanis who were named in the Panama Papers as owners of offshore companies. 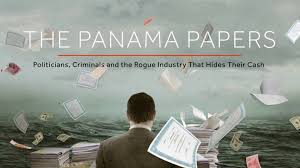 The legal petition seeking action against all Pakistanis named in the leaks were tabled by Siraj ul Haq, the head of country’s political and religious party Jama'at e Islami.

A two-member Supreme Court panel reviewed the petition and ordered the National Accountability Bureau (NAB) to determine whether these individuals own assets beyond known sources of income or not.

During the hearing, Mr Haq’s advocate told the court that decisive action should be taken against those who had “engaged in corrupt practices and set up off-shore companies in Panama”.

The advocate alleged that “these companies are established for tax-evasion purposes, therefore, an action should be taken against those who engaged in money-laundering”.

“I served on the bench that heard the Panama Papers case. We will hear this case,” judge Ejaz Afzal Khan said. “Corruption is being found in every state institution and steps need to be taken against it,” he added.

Pakistan is considered one of the most corrupt countries in the world, placed 116th out of 176 countries, according to the 2016 Corruption Perceptions Index put together by Transparency International.

In July the Supreme Court ousted prime minister Nawaz Sharif after an investigation, prompted by the Panama Papers leaks, showed his daughter and two sons owned offshore companies registered in the British Virgin Islands and used them to buy flats in London.

The NAB court charges against Sharif relate to those apartments as well as to the establishment of two large-scale factory businesses in Saudi Arabia. The Sharifs deny any wrongdoing on all charges.