When reporters asked if Sauat Mynbayev co-owns a company that made millions from gas and oil deals with Kazakhstan while he was the country’s oil minister, there was a one sentence reply. 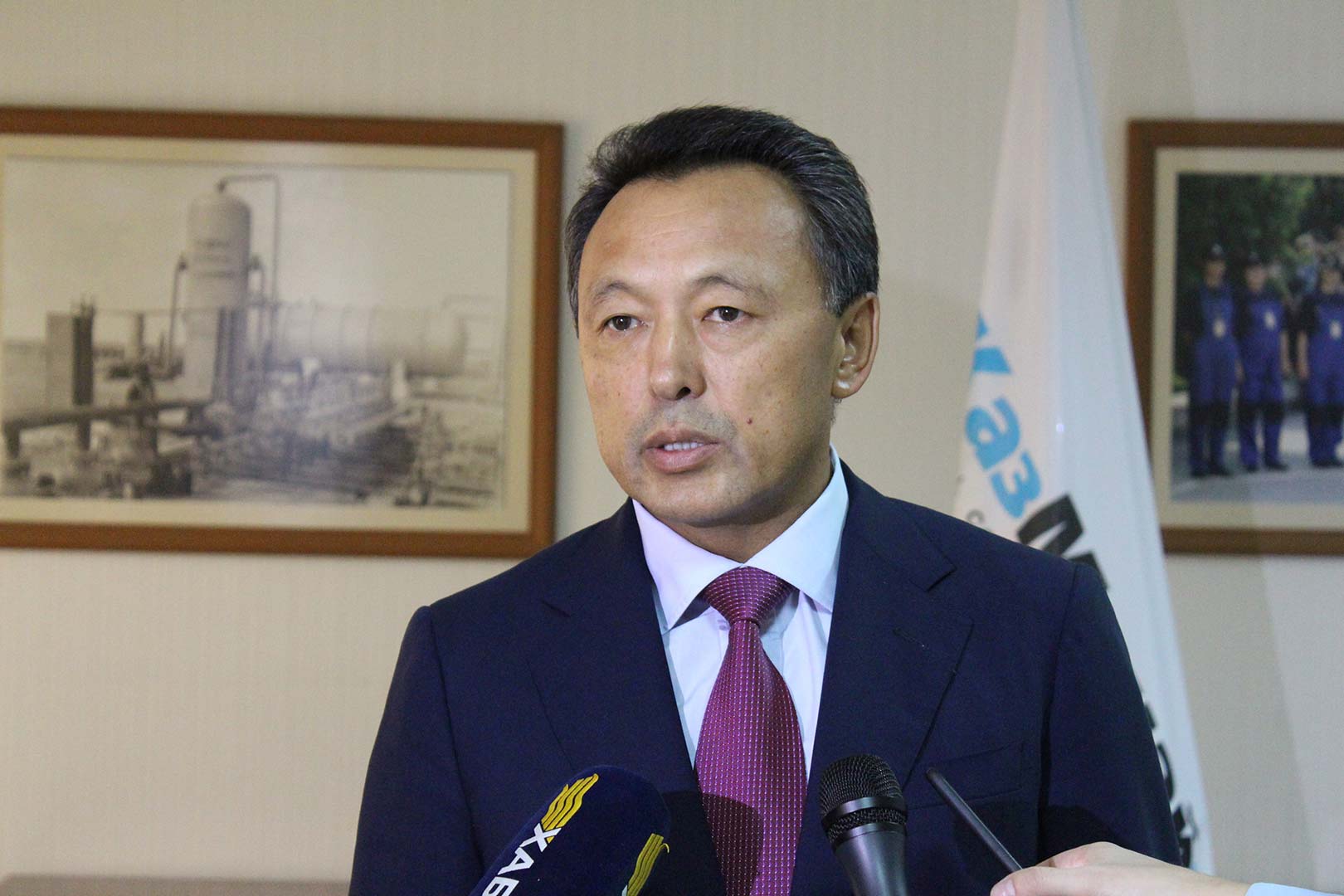 But that was last week, while reporters were finalizing their analysis of the 6.8 million confidential records from a Bermuda law firm that were leaked to the German newspaper Süddeutsche Zeitung and shared with investigative journalists worldwide.

In the mass of documents, OCCRP reporters found evidence that Mynbayev and a group of powerful bankers had in 2002 created Meridian Capital Limited, a multi-billion-dollar empire that grew thanks to Kazakhstan’s booming oil industry at a time when Mynbayev was either the country’s oil minister or chief executive of the state oil company.

The revelation was published on Sunday as part of the “Paradise Papers” leak that offers another insight into how the rich and powerful secretly move money around the world.

Once the evidence was exposed, Mynbayev suddenly remembered.

"I declared my ownership share in Meridian Capital in a tax declaration, which I submitted over many years, as a public official should do, and I have never concealed this," he told Radio Free Europe on Tuesday.

Even if he did declare the ownership in Meridian, negotiating oil deals on behalf of Kazakhstan while being shareholder in an oil company is a conflict of interest at best.

And one he never declared even to KazMunayGas, which he still heads.

Meridian was worth US$3 billion, according to a 2006 disclosure, but the company is so secretive that the full extent of its investments may never be known. It doesn’t even have a website.

The leaked documents, however, show that Mynbayev was in 2006 the second-largest shareholder, with 18.75 percent. His other six co-owners had occupied top positions in Kazkommertsbank, the fourth-largest in the former Soviet republics.

Another leak OCCRP obtained earlier revealed that the bank approved loans to Meridian with which the company funded project after project. If one project failed, they would dump the losses onto the bank’s balance sheets until the state had to bail the bank out at least twice.

The true cost of the bank’s behavior in bailouts and bad deals will likely never be known, but Kazakhstan’s citizens could be on the hook for billions of dollars.

All in all, as the bank was going down, Meridian kept growing. Three years after its creation, the company was paying millions in dividends to its shareholders.

It is not known how much Mynbayev profited from the company, but it would have been in the millions.

But it is known that Ian Connor, Meridian’s only non-Kazakhstani co-owner, had done so well for himself that he was preparing to move to Monaco to lower his tax payments.

This is according to notes from a May 2005 meeting he held with his bank, HSBC, in the French Riviera.

In that meeting, Connor estimated the company’s total assets at $1.2 billion, and said he had received a $9 million dividend payment from the group the previous month.

This is why Meridians’ co-owners needed the secrecy Bermuda offered. The island doesn’t require companies to disclose their owners.

And perhaps this is why Mynbayev claimed he had nothing to do with Meridian on a Wednesday but suddenly remembered he co-owns the multi-billion company two days after the Paradise Papers revealed he does.