Nawaz Sharif, the ousted prime minister, returned to Pakistan from the UK this week in order to face an anti-graft court, reported The Economic Times. 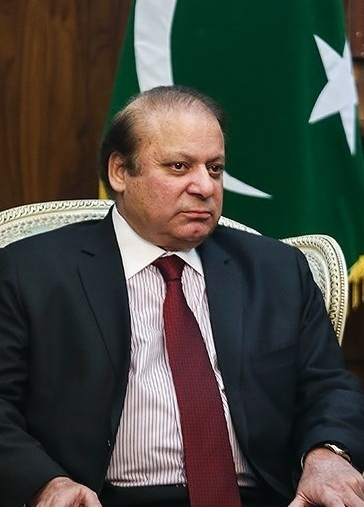 Nawaz Sharif (Photo: Hamed Malekpour, CC BY 4.0)Cabinet ministers from his ruling Pakistan Muslim League party met Sharif, 67, as he came into Islamabad airport Thursday from London where his wife Kulsoom Nawaz is being treated for throat cancer.

Sharif is accused of multiple charges stemming from the leaked Panama Papers. He and his family face allegations of using offshore companies registered in the British Virgin Islands to buy luxury properties in London never declared as required at home.

Additionally, the Pakistan’s Supreme Court ousted Sharif from his prime minister post in July over an undisclosed $10,000 addition to his income from a Dubai-based firm he oversaw. Sharif denied receiving this salary, and has not pleaded guilty of anything.

On Oct. 26 Sharif was summoned to appear for Friday’s hearing on a bailable arrest warrant from the Accountability Court—a measure taken after his failure to appear in court three times.

Sharif’s daughter Maryam and her husband, Muhammad Safdar also face charges in the anti-graft court. She is accused of signing forged documents to protect the family’s offshore holding companies.

“Nawaz Sharif is bravely facing all these false cases, he hasn't run away from facing the courts and he will come out victorious,” said Zafar ul Haq, a Pakistani senator and leader in Sharif's Pakistan Muslim League party, The Washington Post reported.

Pakistan Muslim League party insiders told Reuters this week that the ex-PM’s brother, Shahbaz Sharif, was the probable choice for the party’s prime ministerial candidate in 2018.