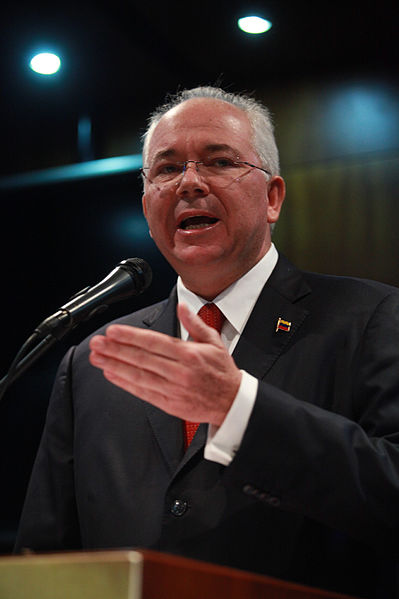 The arrests come as U.S. authorities probe alleged corruption at PDVSA. In 2015, two Venezuelan businessmen, Roberto Rincon and Abraham Shiera, were arrested and indicted in the U.S. for allegedly bribing PDVSA executives.

Villalobos was a longtime subordinate of Rafael Ramirez, who was president of PDVSA from 2004 to 2014 and is the current Venezuelan ambassador to the UN. Ramirez has not been charged.

Ramirez denounced the investigation as a U.S. effort to undermine the socialist government of President Nicolas Maduro.