French authorities have launched an investigation against Danske Bank which is suspected of having taken part in the laundering of some of the US$ 230 million Russian treasury scam once uncovered by Moscow-based lawyer Sergei Magnitsky, the Financial Times reported on Friday. 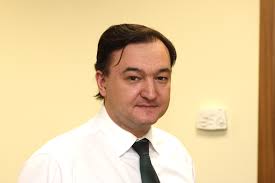 Lawyer Sergueï Magnitski (Photo: Voice of America, CC BY-SA 2.0)Danske Bank announced on Wednesday that it has been placed under investigation by the Paris court following allegations that it Estonian branch was used to receive money from organized fraud and tax evasion and allowed transactions intended to convert the money to be carried out from 2008 to 2011.

The money was then spent to buy real estate, art, and yachts.

The US$ 230 million Russian treasury scam was uncovered by Moscow-based lawyer Sergei Magnitsky while he was representing US investment firm Hermitage Capital Management which claimed that the firm's documents had been used to fraudulently reclaim huge amounts of money in taxes. The lawyer was arrested and later beaten to death in jail.

Hermitage Capital lodged a complaint in France in 2013 targeting accounts in France which had been used to received some of the illicit proceeds.

In 2015, French authorities had frozen about US$ 9,4 million in bank accounts allegedly linked to the case.

According to the statement from Danske bank, the Tribunal de Grande Instance de Paris suspects the bank’s Estonian unit – at the time named Sampo Bank – was used to conduct transactions totalling about € 15 million (about US$ 17,7 million) "without any economic justification".

“Although we leave it to the authorities to conclude whether money laundering did in fact take place, there is no doubt that we were not sufficiently effective in preventing our branch in Estonia from potentially being used for such activities. This of course is deeply regrettable and completely unacceptable,” Thomas Borgen, Danske’s chief executive, said in September, The Financial Times reported.

According to the Financial Times, Bill Browder, the Hermitage chief executive who has campaigned on behalf of Magnitsky, explained that such investigation shows that authorities are now focusing on “those who benefited from the crime he discovered or who participated in or facilitated the money laundering”.

He told EUobserver he had traced about US$ 33 million of the stolen funds to France, US$ 39 million to Germany, and US$ 31 million to Cyprus.