Former Portuguese socialist prime minister, Jose Socrates, was indicted along with 18 individuals and nine companies in connection with an investigation into suspected tax fraud, corruption and money laundering, the country's prosecutor general's office announced on Wednesday. 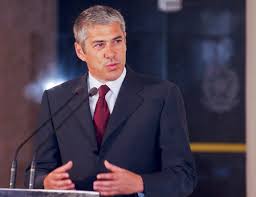 A three-year corruption investigation – dubbed Operation Marques – had revealed in 2014 that Socrates, prime minister from 2005 to 2011, allegedly received millions of euros in bribes in exchange for adopting decisions enabling several companies, including the Espirito Santo bank and Portugal Telecom to gain commercial benefits.

As a result, Socrates was detained in November 2014 but released after nine month and put under house arrest in 2015.

He was formally charged on Wednesday by Portuguese authorities with 31 counts, including receiving bribes, money laundering, falsifying documents and tax fraud.

According to the 4,000 pages indictment, the former prime minister made out of this scheme an estimated fortune of more than US$ 28 million between 2006 and 2009 which he kept in accounts in Switzerland.

“This is undoubtedly the most serious corruption case to shake Portugal in four decades of democracy,” Ricardo Costa, a political analyst, according to the Financial Times.

Investigators have questioned more than 200 witnesses, searched about 200 premises and examined 500 bank accounts.

Salgado is also suspected of having paid Portugal Telecom’s former CEO and chairman - both of whom were also indicted.

Construction group LENA, tied to longstanding friend of Socrates, Carlos Santos Silva, is also believed to have paid the ex prime minister in return for favors.

Among the charged is former top-level manager at state-owned bank Caixa Geral de Depositos who is suspected of facilitating payments.

“The 4,000 pages are part of a spectacle, they only serve to make believe that there is something, when there is nothing,” Socrates' said lawyer Joao Araujo, Reuters reported.