A court in Bishkek found the head of a Kyrgyz opposition party and his co-defendant guilty of corruption and sentenced them to eight years in prison each, RFE/RL reported Wednesday. 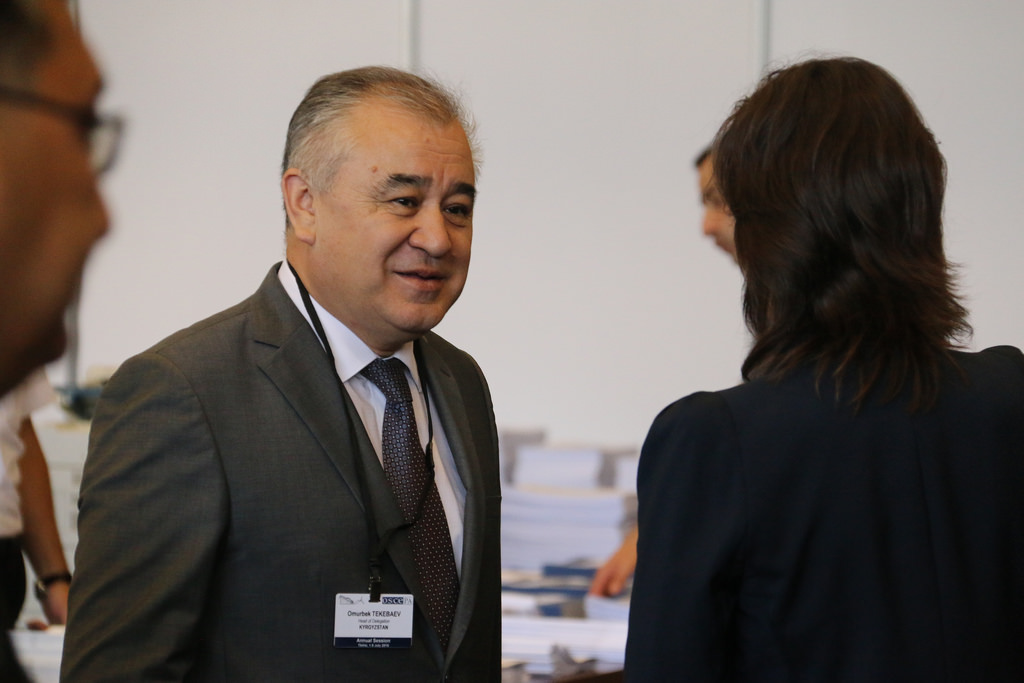 The head of the Ata-Meken Socialist Party, Omurbek Tekebaev, planned to run at the forthcomming elections in October.

Instead, he and former Minister of Emergencies Duishenkul Chotonov were arrested in February and put on trial in June.

The court found that the two had received US$ one million from Russian businessman, Leonid Mayevsky, in exchange for helping him buy Kyrgyz mobile operator Megacom in 2010.

Tekebaev was deputy prime minister of the Kyrgyzstan’s Interim Government at the time. Chotonov was named as an intermediary in the corruption deal.

The Birinchi May District Court also ruled the two men’s assets to be confiscated and baned both of them from from holding any public office for three years.

On Thursday, the judge announced that Tekebaev’s prison term will be reduced to 4.5 years in honor of the 65th anniversary of the UN human rights declaration. The court also considered that Tekebaev had spent half a year in custody.

Nevertheless, his lawyer, Chinara Djakupbekova, said she will appeal the ruling.

Tekebaev and his supporters have repeatedly called the case “politically motivated.”

Him and President Almazbek Atambayev were allies but clashed in 2016 over constitutional amendments the President proposed.

The amendments were designed to strenghten the power of the prime minister and were adopted after a referendum anyway.

Tekebaev then claimed President Atambayev had hidden assets in Cyprus but never provided any evidence.

Ex-minister and President critic, Edil Baisalov, also believes Atambayev was behind the trial.

“This trial has nothing to do with justice,” he said in an interview to Kloop.kg.

“The way Atambayev is finishing his presidency – sentencing his revolution comrade and demonstrating such cruelty – says a lot about our judicial and political system.”

According to the constitution, Atambayev can not run for president again.