Mexican Soccer Star Among 22 Sanctioned by US for Drug Links

A Mexican soccer star who captained the national team was among 22 people sanctioned by the US on Wednesday for alleged drug cartel links, according to the US Treasury.

Rafael "Rafa" Márquez, who led Mexico’s team in four World Cup tournaments, is accused of acting as a front man for Raul Flores Hernandez, an alleged trafficker thought to be connected to the Sinaloa and the Jalisco New Generation cartels, The New York Times reported. 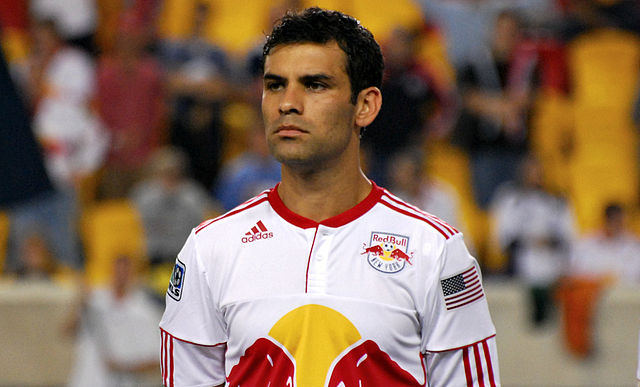 Márquez was added to the list along with nine businesses he is connected to, including his soccer school and charitable foundation. He is also accused of holding assets on behalf of Flores Hernandez.

"Raul Flores Hernandez has operated for decades because of his longstanding relationships with other drug cartels and his use of financial front persons to mask his investments of illegal drug proceeds," John E. Smith, the director of the US Treasury’s Office of Foreign Assets Control, said in a statement.

Many of the other individuals sanctioned Wednesday for allegedly aiding Flores Hernandez are his family members or associates of the trafficking network.

The Mexican singer Julio Cesar Alvarez Montelongo was also added to the list. Like Márquez, he is accused of acting as a front person for Flores Hernandez.

The dozens of sanctioned entities span a broad range of sectors in Mexico and include a soccer club, the Grand Casino in the state of Guadalajara, and a music production company.

Márquez, who currently plays for the Mexican soccer team Atlas and is a veteran of Barcelona, Monaco and the New York Red Bulls, has denied any wrongdoing.

"I categorically deny any type of relation with this organization and with what has been stated in several news reports," Márquez said at a news conference on Wednesday evening, according to ESPN FC.

"Just as I have approached my professional career, today is my most difficult challenge. I will try to clear this up when I can and be the Rafa Márquez everyone knows."

Flores Hernandez was arrested in Mexico on July 20 after being indicted on US federal drug trafficking charges in March, Al Jazeera reported. His extradition to the US is currently pending.

The Foreign Narcotics Kingpin Designation Act – popularly known as the "Kingpin Act" – was passed by the US Congress in 1999 and allows the government to freeze assets of foreign nationals it suspects are involved in international drugs trafficking.

The act also generally prohibits US citizens from engaging in any transactions with individuals or businesses on the Specially Designated Nationals sanctions list.