Australian authorities on Thursday accused mortgage lender Commonwealth Bank of Australia of failing to properly report A$ 77 million (US$ 61 million) worth of suspicious transactions, the Guardian wrote. 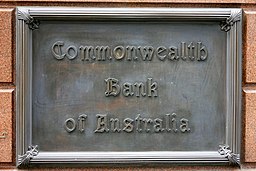 CommBank (Photo: Alex Proimos, CC BY 2.0)The financial intelligence agency Austrac has alleged that CommBank failed to comply with its obligations to monitor transactions on 778,370 accounts in total over a period of three years.

"The effect of CommBank's conduct in this matter has exposed the Australian community to serious and ongoing financial crime," Austrac said in a court filing.

The country’s biggest mortgage lender allegedly turned a blind eye to “intelligent” deposit machines that were being used by drug syndicates to launder tens of millions of dollars.

Intelligent deposit machines are a type of ATM launched in 2012 that allow customers to anonymously deposit and transfer cash, even when banks are closed.

Austrac claims the machines were used by four money laundering syndicates, including three linked to drug importation and distribution networks. CommBank allegedly knew the accounts were suspicious but failed to alert authorities to a number of large transactions.

One such transaction was a A$ 21 million (US$ 16 million) deposit into 11 CommBank accounts between February 2015 and May 2016. The money was allegedly the proceed of a drug importation operation that mostly came through the intelligent machines and was quickly transferred to domestic accounts.

"Even after suspected money laundering or structuring on CommBank accounts had been brought to CommBank's attention, CommBank did not monitor its customers with a view to mitigating and managing money laundering/terrorism financing risk," the court filing claims.

CommBank said in a statement that it had cooperated fully with Austrac and would respond "in due course."

“We have invested more than A$ 230 million (US$ 182 million) in our anti-money laundering compliance and reporting processes and systems, and all of our people are required to complete mandatory training on the Anti-Money Laundering and Counter-Terrorism Financing Act,” the mortgage lender added.

If found guilty, CommBank’s maximum penalty for violating the anti-money laundering and counter terrorism financing law is A$ 18 million (US$ 14 million) per breach.