Italian police are investigating an alleged partnership between the local mafia and the Islamic State militant group (ISIS) in smuggling crude oil from the Middle East and north Africa into Europe, according to Italian newspaper La Repubblica. 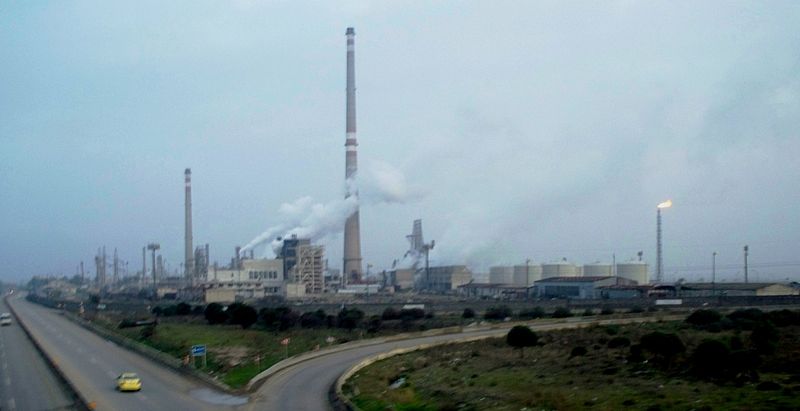 Oil refinery in Homs, Syria (Photo: High Contrast, CC BY-SA 2.0)A confidential report of the Guardia di Finanza - a law enforcement agency that reports to the Ministry of Economy and Finance – dated from February 2017, states that some of the country's biggest refineries had exceeding quantities of oil and that the extra amounts may come from Libya and Syria – countries where ISIS has a strong presence.

Authorities allegedly suspect the oil is being illegally shipped from territories under the control of ISIS with the help of Italian mafia to reach European countries.

But the police has yet to prove that it came from ISIS and not from another non-extremist group of traffickers. The origin of the shipment remains unknown because it passed through intermediaries to cover the tracks.

Police suspects vessels of the two criminal groups turn off their transponders to prevent detection and then meet in the Mediterranean to transfer the crude from one to the other. Once the transfer is completed, they turn the transponders back on once they are apart from each other.

The vessels with the crude oil then proceed to ports in Italy and France, according to media.

Oil is the only real national resource in these countries and governments and militias are fighting for control over it, as well as over refineries and ports. In Syria, ISIS had control of several oil fields while in Libya it is unclear whether it is in possession of fields and refineries.

Journalist Francesca Astorri recently wrote about a propaganda e-book titled Black Flags from Rome, in which the Islamic State said support from the mafia was crucial for its penetration in Italy.

However, according to the article published by Al Arabiya, experts do not believe that the Mafia and ISIS have developed joint strategies or alliances but merely occasionally collaborate.

“Mafia clans have no interest in establishing relations with terrorist groups for more than one reason,” the paper cited Alessandro Orsini, Professor of Sociology of Terrorism and Director of International Security Observatory at LUISS University in Rome.

“First of all, terrorists are the greatest enemy of the Italian state, and the Mafia doesn’t want the Italian police to monitor its illicit activities beyond measure,” he told the paper.

“Second of all, an alliance between the Mafia and ISIS will eventually result in the end of the mafia because then the Italian State, the international community, including the United States, would intervene to stop this phenomenon,” he added.