The charged individuals include one current and three former town officials, Long Island Press reported. The deputy executive leader of a local Republican club and the co-owners of a Long Island paving company were also indicted in relation to the corruption probe. 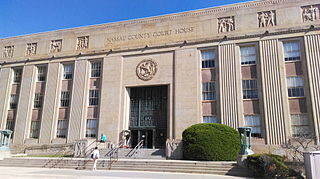 The group faces a long list of charges, including "bribery, money laundering, a crooked multi-million dollar property deal, rampant nepotism, and illegal favors to the family and friends of those in power in Oyster Bay government," according to Nassau County District Attorney Madeline Singas, CBS New York reported.

In the first of three cases arraigned Thursday, the former town supervisor, former parks commissioner and the Republican leader are charged with illegally hiring and firing a town employee, abc7NY reported.

The second case involves the co-owners of Carlo Lizza & Sons Paving Inc. The husband and wife pair is accused of paying more than US$ 1.6 million in bribes to Oyster Bay’s former planning and development commissioner, who died earlier this month.

The couple paid the official in return for his help negotiating payments of more than US$ 20 million from the developer of a senior housing development, according to the indictment. They face five to 15 years in prison, if convicted.

In the third case of the far-reaching corruption indictment, an uncle and nephew are suspected of using town resources to do a friend a favor – replacing the sidewalk in front of his home for free.

All of the individuals charged Thursday pleaded not guilty and were released without bail. Their next court appearance is scheduled for Sept. 26.

In response to the charges, Oyster Bay’s new town supervisor, Joseph Saladino, said he was canceling all current and future contracts with the firm involved in the sidewalk favor deal.

"They have embarrassed the residents and hardworking men and women of Oyster Bay town government."