Australian model Miranda Kerr has handed over US$ 8.1 million worth in jewelry purchased for her by Malaysian financier Jho Low with allegedly misappropriated government funds, the Guardian reported Tuesday. 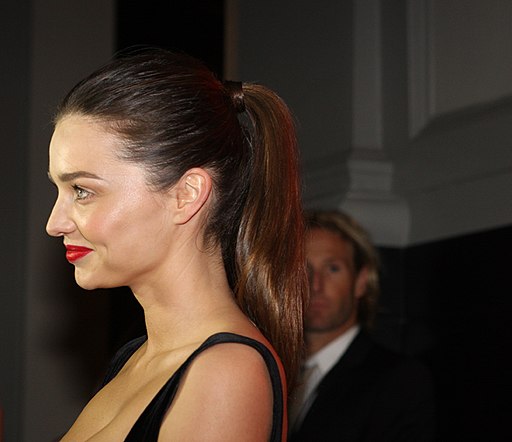 The 34-year-old Sydney-born model received four jewelry gifts from Low when they were reportedly dating for about a year in 2014.

Among the surrendered items is an 11.72 carat, heart-shaped diamond pendant by New York designer Lorraine Schwartz, that Kerr received from him on Valentine’s Day.

“From the start of the inquiry, Miranda Kerr cooperated fully and pledged to turn over the gifts of jewelery to the government,” a spokesman told Dow Jones newswires. “Ms. Kerr will continue to assist with the inquiry in any way she can.”

The multi-million dollar jewelry is among more than US$ 1.7 billion worth of assets sought by the Justice Department in a crackdown on Malaysian government officials who allegedly stole the money from the country’s economic development fund called the 1 Malaysia Development Berhad fund, or 1MDB.

Kerr is the latest celebrity to relinquish gifts linked to the 1MDB scandal. Last week, Hollywood star Leonardo DiCaprio handed over Marlon Brando’s Oscar statuette and other gifts including artwork given to him by Low.

1MDB has denied any wrongdoing and said there is no evidence of money misappropriation.

Low said in a statement that the US government’s “latest move continues its inappropriate efforts to seize assets despite not having proven that any improprieties have occurred.”

Low, who is a central figure in the 1MDB investigation, hasn't been accused of a crime.