Italian, Spanish and Dutch police arrested Wednesday 22 out of 65 suspected members of a criminal ring that smuggled hashish from Morocco to The Netherlands and Italy via Spain. 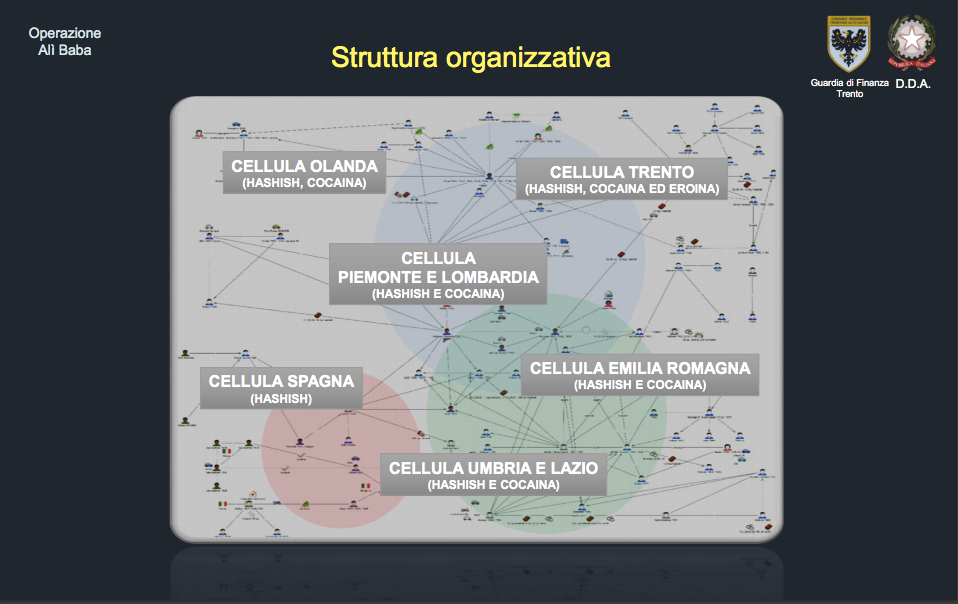 Investigators believe they can prove the organization was about to receive another 308 kg shipment from which they would have made six million euro (US$ 6,7 million).

The gang – many of them North Africans based in Trento, in the northeast of Italy – had cells in Spain and The Netherlands. Six of them are still wanted throughout the European Union.

The drugs were brought to Italy by couriers who were accompanied by women paid for the trip to make it look like a tourist couple. A Spanish woman even traveled alone with her own daughter more than once, police said.

The members, who were internationally known as the “Berberi,” proved to be extremely violent when in August 2015 they kidnapped in The Netherlands the young son of a drug dealer who failed to pay for a shipment.

The boy was later freed by the police of Utrecht after receiving a tip from Italian investigators who were observing the group.