German authorities are investigating some 230 nursing services believed to be charging the government more than €1.2 billion annually for fictitious staff and hours spent on caring for the elderly and sick, media reported Tuesday. 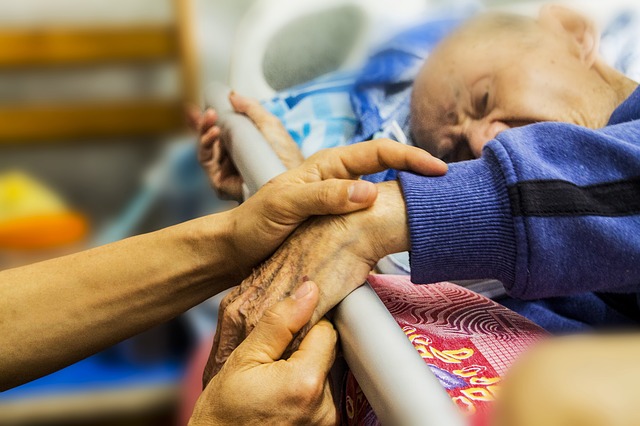 Elderly Care (Max Pixel CC0 1.0)A police report leaked to Die Welt am Sonntag allegedly linked the services to the Russian mafia. Its network of companies allegedly routinely defraud insurance providers, patients and pharmacies by claiming for services they are not providing, falsifying documents, employing unqualified carers and making multiple claims for a single patient.

The fraud scheme works by making contact – via, for example, church communities – with relatives of severely ill people in need of 24-hour care and offering them a private nursing service, according to the Welt am Sonntag.

In reality, untrained nursing staff only check on patients two or three times a day, but then charge the government for 24-hour care by highly qualified staff. In some cases, patients’ family members are complicit and take a cut of the profits.

Due to the presence of shell companies, signs of money-laundering and links to the gambling industry, police suspect that organized crime networks from Russia and Eurasia are behind the scam.

The leaked report is based on searches of nursing offices and private apartments made last September, in which two Kalashnikov assault rifles and two semi-automatic weapons were also seized, Deutsche Welle reported.

The report also found that some former heads of the companies under investigation were already known to police as suspected contract killers.

The ‘roof’ of the criminal association are believed to be the notorious gang Thieves-in-Law, who staff the organizations mainly with Eastern European immigrants, according to Crime Russia.

Thieves-in-Law was founded in Stalin’s labor camps by ethnic Russians from across the Soviet Union. They have their own 'laws’ and a secret language, and are thought to recruit members today from within German prisons, the Welt am Sonntag reported.

Care work is reportedly a particularly juicy target for fraud, as it offers big profits against low risk. With Germany’s aging population, authorities expect such opportunities to increase in the future.

The German foundation for patient protection (DSP) have accused the government of going "too easy" on organized crime, and said that criminals exploit the bureaucratic disconnect between care insurance and health insurance in Germany, Deutsche Welle reported.

On Tuesday the DSP reiterated its year old proposals, including a central electronic database and a single lifetime ID number for all patients.

The home care scam has been known to authorities for some time. In April last year, police raided 30 locations across Berlin and arrested the manager of a private nursing agency on suspicion of embezzling around 1 million euros, along with seven employees and 31 patients – almost all ethnic Russians.