U.S. Cuts Ties With a Dozen Aid Suppliers to Syria Found to be Corrupt

The U.S. government said Friday it has suspended its business ties with 12 delivery and supply companies and affiliates based in Turkey that are embroiled in a fraud scheme involving humanitarian aid in Syria. 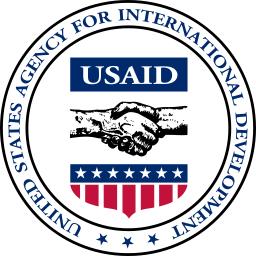 The companies that provided food kits, humanitarian items and delivery services related to USAID programs in Syria were found to be entangled in a corrupt network of bribery, fraud, bid-rigging and kickbacks, according to the OIG.

The latest investigation reveals that Turkey’s Senkardes Co., and its affiliates participated in a procurement fraud scheme with corrupt NGO staff. Four companies under Senkardes Co. illegally bid against each other for U.S. funded procurements, the press release said.

"OIG’s pursuit of corrupt actors in Syria and the surrounding region remains as critical as ever as we work to protect life-saving aid programs from fraud, waste, and abuse,” said Ann Calvaresi Barr, USAID Inspector General.

Fraudulent aid activities in Syria, where nearly 500,000 people have perished since the war began in 2011, have triggered U.S. government action in recent years.

Last year, the OIG discovered a host of corrupt local partners who accepted bribes from companies selling humanitarian supplies in exchange for winning contracts and halted their partnership with them.

The debarments announced on Friday will be in place for five years. The OIG has said it will continue its investigation.