The chief editor of a newspaper in the Siberian city of Minusinsk was shot dead in a killing that authorities said Thursday they believe may be connected to his work. 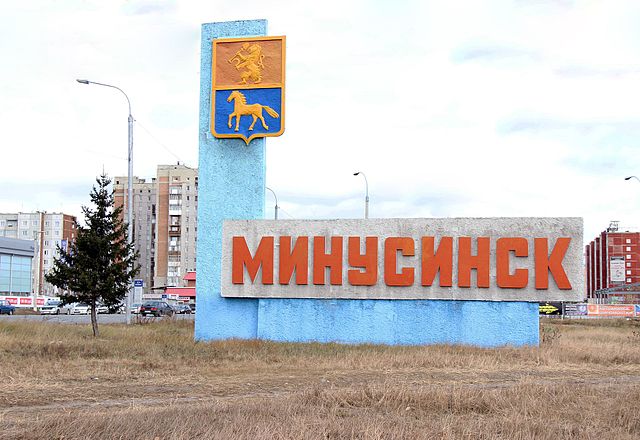 Minusinsk (Photo: LenaPear CC BY-SA 4.0)Dmitry Popkov, 42, was the chief editor of Ton-M newspaper, whose motto was "we write what others stay silent about."

His body was found with multiple gunshot wounds in a bathhouse in his backyard late Wednesday night, Radio Free Europe/Radio Liberty reported.

He reportedly had guests over, but they were in the steam room at the time of his murder and heard claps that sounded like gunshots with a silencer, according to Russian daily Komsomolskaya Pravda.

"The investigation is considering several motives for the murder, including a link to the professional activities of the victim," said the Investigative Committee branch in Krasnoyarsk Krai.

Popkov co-founded Ton-M in 2014 and was known for his investigative reports on abuse of power and corruption, as well as his criticism of officials from the Kremlin-backed United Russia party, according to the Committee to Protect Journalists.

Prior to Ton-M, Popkov held a brief tenure in the Minusinsk City Council, but was stripped of his seat after being charged with assaulting a disabled teenager - an accusation he claimed was merely a pretext to remove him from office, according to 19rus.

"Our newspaper has long been accustomed to being a pain in the neck for many officials who are trying to silence us in every possible way," Popkov wrote in an August 2016 editorial.

"So far, no one has succeeded in it, including our public prosecutor everyone just loves in the town," he wrote. "We couldn’t care less about all the phone threats, intimidation by searches and interrogations."

Popkov added that in 2015 he had installed surveillance cameras at the newspaper’s offices, his home and in his personal car.

"I believe that the murder was connected with his professional activity," Sergey Shishov, editor of Sreda24 - another independent news site in Minusinsk - told Komsomolskaya Pravda.

"Go to the website of his newspaper Ton-M and you’ll see for yourself the nature of the materials published there,” Shishov said. “Exposing and fighting corruption.”

According to Shishov, Ton-M had recently published reports about a federal parliamentary audit that revealed corruption by local city officials.

At least 57 journalists have been killed in Russia since 1992, including 37 who were targeted for murder, according to the Committee to Protect Journalists, RFE/RL reported.

Popkov is the second journalist to be killed this year in the country, after Nikolai Andrushchenko died in hospital in April from injuries sustained in a beating.