A Kazakh journalist and civic activist was stabbed in the stomach on an overnight train Sunday before he was due to meet with European officials to discuss shrinking press freedoms. 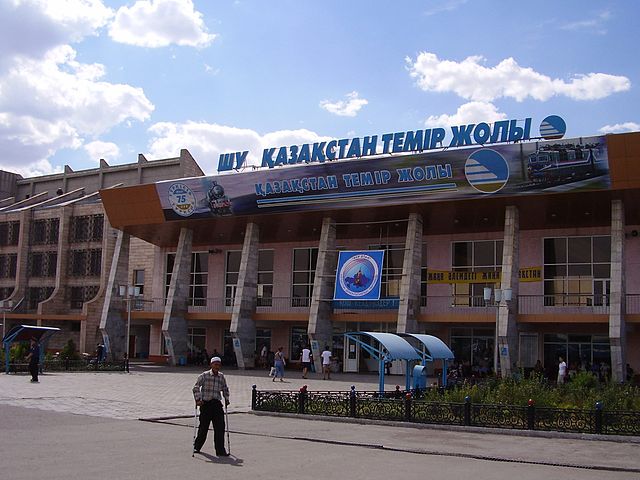 He now runs Journalists in Trouble, an NGO that provides legal advice, representation and training for journalists.

Following the attack he was taken to a hospital in the city of Shu and underwent surgery. He is now in a serious but stable condition, Radio Azattyk reported.

Yesergepov told Radio Azattyk that the attack was "directly related" to his professional activities and campaigning.

"I think this was done to scare other public figures, and journalists," he said.

At around 4am, Yesergepov said he had stepped out of his train compartment for some air when two men stabbed him three times in the abdomen with a sharp object.

He had been due to meet that day with ambassadors from several EU countries to discuss a number of journalists and activists imprisoned in Kazakhstan, including imprisoned newspaper editor Zhanbolat Mamay.

Mamay is awaiting trial on charges that he used his outlet to launder money. His supporters claim the case is politically motivated.

Yesergepov also planned to discuss with European officials the Kazakh government’s failure to comply with UN Human Rights Committee decisions, including in his own case, Human Rights Watch reported.

In 2009, Yesergepov was jailed for three years on charges of "collecting information that contains state secrets", after his now-defunct newspaper published an article accusing local officials of corruption based on classified documents, the Committee to Protect Journalists reported.

He was also banned from practicing journalism for two years. His trial was closed to the public and he was denied a lawyer of his choice, according to Human Rights Watch.

Yesergepov also told Human Rights Watch that the two men who attacked him Sunday identified the journalist as that "Magnitsky" guy.

Lawyer Sergey Magnitsky died under suspicious circumstances in a Moscow prison after he revealed the involvement of Russian officials in stealing and laundering US$ 230 million in Russian tax money.

Yesergepov has made a public call for Kazakh officials to impose visa and financial sanctions on anyone allegedly involved in torturing and killing whistleblowers.

Kazakh police have opened an investigation into attempted murder.