French authorities questioned former FIFA president Sepp Blatter as part of a corruption probe into FIFA’s vote for Russia and Qatar to host respectively the the 2018 and 2022 World Cups, Le Monde reported Thursday. 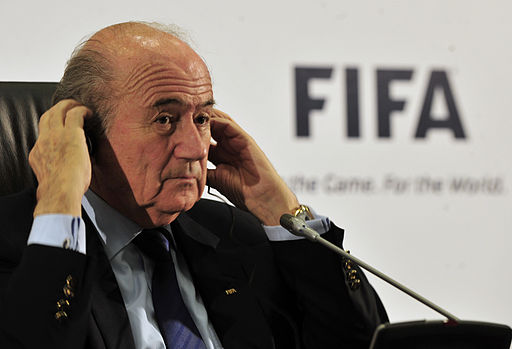 Blatter, who was FIFA’s president during the 2010 controversial vote believed to have been rigged was interviewed last week following a cooperation agreement with Swiss authorities. He has denied any wrongdoing during his 17-year tenure.

Blatter, and former UEFA chief Michel Platini were banned from football administration in 2015 following a £1.3million (US$ 1.7million) "gentlemen's agreement" unrelated to the World Cup vote, which was found to be a conflict of interest breach.

Platini admitted that he changed his vote for the 2022 World Cup host from the US to Qatar after a lunch at the Élysée Palace with French President, Nicolas Sarkozy, and the Emir of Qatar, Tamim al-Thani. He acknowledged that Sarkozy, whose government was after trade deals in the Gulf State, influenced his vote, but insisted he was not pressured. Platini has not been interviewed in the latest investigation, sources said.

In 2014, Michael Garcia, the American lawyer who led FIFA's internal investigation into the 2018 and 2022 World Cup bid processes, resigned from the FIFA ethics committee citing a loss of confidence in the committee and lack of executive leadership.

In June 2015, FIFA announced that Russia and Qatar were awarded the 2018 and 2022 World Cups by democratic vote of the executive committee and "based on expert opinions and available facts," it had no legal grounds to take it away from them.

At least three countries are now investigating the World Cup vote including the U.S. and Switzerland. No criminal probes relating to the 2010 vote have yet begun.