The Parliamentary Assembly of the Council of Europe (Pace) has been ordered to investigate allegations that its members were offered bribes for votes against reports criticizing Azerbaijan’s president, the Guardian reported Thursday. 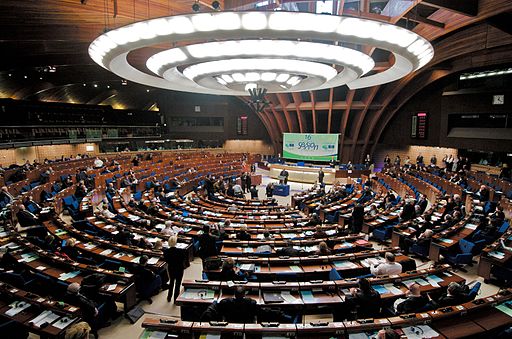 "Everyone" in the Azerbaijani delegation had heard of this money, but "it was never written down," he allegedly said. "It was said this money was to bribe members of the delegations and Pace generally."

The Guardian also cited Tobias Billström, a Swedish delegate to the 324-member human rights assembly and former Minister for Migration and Asylum Policy, that "very credible members" had told him they had been offered bribes to vote in a certain way.

Billström is among the 64 parliamentarians who have signed a resolution that calls for an independent investigation into possible Azerbaijani vote rigging.

Azerbaijan has for years been accused of "caviar diplomacy" or offering cash and luxury gifts to assembly members in exchange for legitimacy to the authoritarian rule of its president, Ilham Aliyev.

But the claims only gathered momentum when Italian prosecutors began investigating a former chair of the centre-right group, Luca Volontè who was accused of accepting €2.39million ($2.5 million) in bribes from Azerbaijan in exchange for efforts to mute the European body’s criticism of Azerbaijan’s human rights record.

A recent report by Organized Crime and Corruption Reporting Project investigative journalist, Khadija Ismayilova, shows how Volontè allegedly played a key role in orchestrating payments to him channeled through a company with a connection to Azerbaijan’s ruling family. Volontè faces a trial for money laundering and has denied any wrongdoing.

Pressure is mounting on Mr. Agramunt to ensure an investigation is in place when the assembly meets later this month.