Rio de Janeiro’s former mayor Eduardo Paes is accused of accepting at least US $5 million in bribes from construction giant Odebrecht in connection with contracts for the 2016 Olympic Games in Brazil, Yahoo Sports reported Thursday. 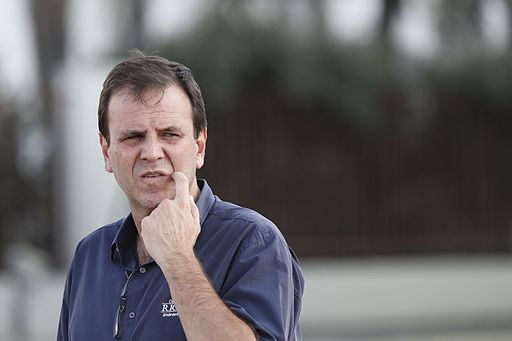 Former Rio Mayor Eduardo Paes (Photo: Agência Brasil Fotografias, CC BY 2.0)Testimony by former Odebrecht executives and corroborating documents show Paes, referred to in the Odebrecht documents as “the little nervous one,” solicited millions of dollars in 2012 in exchange for steering contracts to the company, the Brazilian Supreme Court said.

Paes strongly denied the allegations, calling them “absurd and untruthful.” He also denied owning any offshore accounts, according to a New Zealand sports website, Stuff.

The former mayor became involved in the Olympic preparations when Rio was criticized for falling seriously behind schedule, and hired Odebrecht, a Brazilian engineering firm, to build Olympic arenas, extend a subway line and renovate Rio's ports.

The International Olympic Committee (IOC) later presented him with the Olympic Order award for helping to complete the projects on time.

The IOC said in a statement that Paes should be regarded as innocent until proven guilty.

The former mayor, who left office in January after eight years due to term limits, is one of more than 100 top politicians implicated in a corruption investigation ordered this week by Brazil’s Supreme Court. The total amount of bribes paid may be as much as $1 billion, investigators believe.

Brazil police arrested two officials last month accused of taking bribes in return for a contract to build a new subway for the 2016 Olympics, according to Reuters.