Police in Spain have arrested 27 people suspected of growing cannabis, turning it into oil and planning to produce bear-shaped gummies. 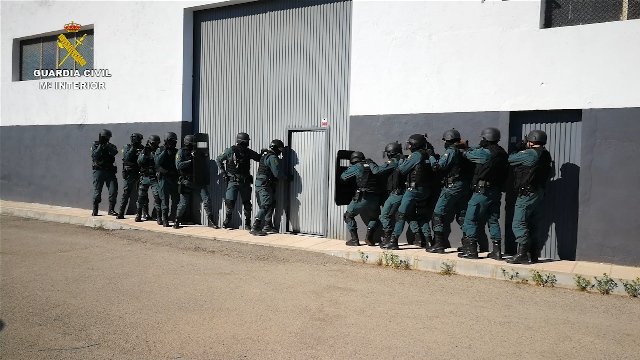 Over the course of operation SKUNK, the Civil Guard of Torrevieja — a city in Spain's southeastern Alicante province — seized 1,122 marijuana plants, 14 kilos of marijuana, 1.5 kilos of hashish, more than a quarter of a liter of cannabis oil.

Torrevieja authorities launched the investigation after detecting a rapid increase in cannabis clubs in the city where anyone could purchase marijuana or hashish, and thus ignoring regulations covering such businesses, police said.

They suspected that Dutch nationals, with a prior history of drug trafficking in several European Union countries, had organized a network to give the appearance of a legitimate business and rented two industrial warehouses, for which they heavily invested in air filters, air conditioners and lighting.

The company claimed to be dedicated to the organic cultivation of industrial hemp, but was instead extracting cannabis oil to be used in electronic cigarettes and making cannabis "gummies."

It even had a research and development division dedicated to experimenting and creating new products out of the drugs, the statement said.