A Nevada-based casino company agreed to pay a nearly US$ 7 million criminal penalty to settle a corruption investigation into dubious payments it made to a consultant who was helping the company promote its brand in China and Macau. 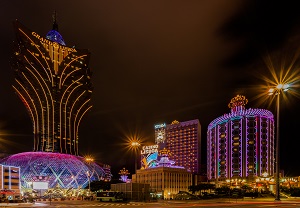 China's autonomous Macau Region (Photo: Diego Delso CC BY-SA 4.0)Las Vegas Sands Corp admitted that a number of its executives knowingly failed to make sure the payments made to the business consultant were legitimate and properly recorded in the books.

Moreover, the statement said, Sands fired one of its employees who raised concerns about the consultant not having accounted for portions of the US$ 5.8 million Sands paid him from 2006 through 2009.

Sands agreed to implement stricter internal control and cooperate with authorities. The company will pay the US$ 6.96 million criminal penalty in addition to a nearly US$ 9 million civil penalty the corporation paid previously.