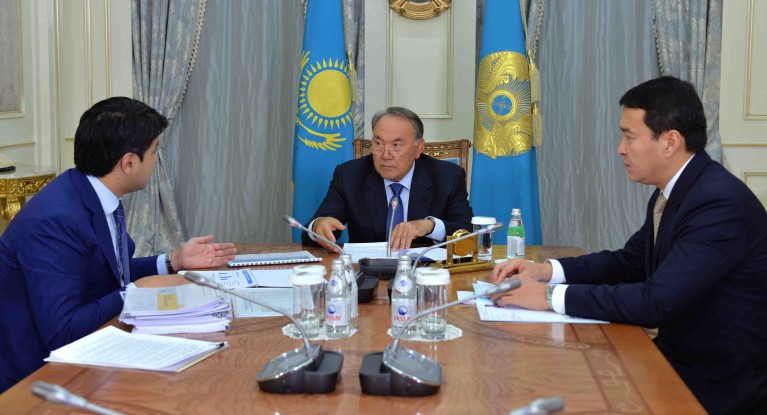 Bishimbayev was appointed Economy Minister in May 2016, but Kazakhstani President-for-life Nursultan Nazarbayev dismissed him on Dec. 28, citing his activities as chairman of the state-run holding company JSC Baiterek DEVELOPMENT - a position he held from 2013 to 2016 -  as the reason for the change.

The same day, authorities opened an investigation into Bishimbayev focusing on his tenure over the company.

The scandal is the latest in a series of arrests connected to the US$ 9 billion state economic stimulus program Nurly Zhol.

In November, police arrested Bishimbayev’s former Deputy Chairman at Baiterek DEVELOPMENT Aslan Dzhakupov, along with two other company officials, for allegations of bribery.

Some political commentators have dismissed the recent string of arrests as being nothing more than a show, saying that the leadership wants to appear to be fighting corruption without ruffling too many feathers.

"I think that such a small, selective approach in the fight against corruption calls for a certain amount of skepticism," Kazakhstani political commentator Dosym Satpayev told Sputnik news agency.

These types of yearly, selective crackdowns fail to boost the public confidence in the leadership’s ability to root out corruption within its ranks, he said.