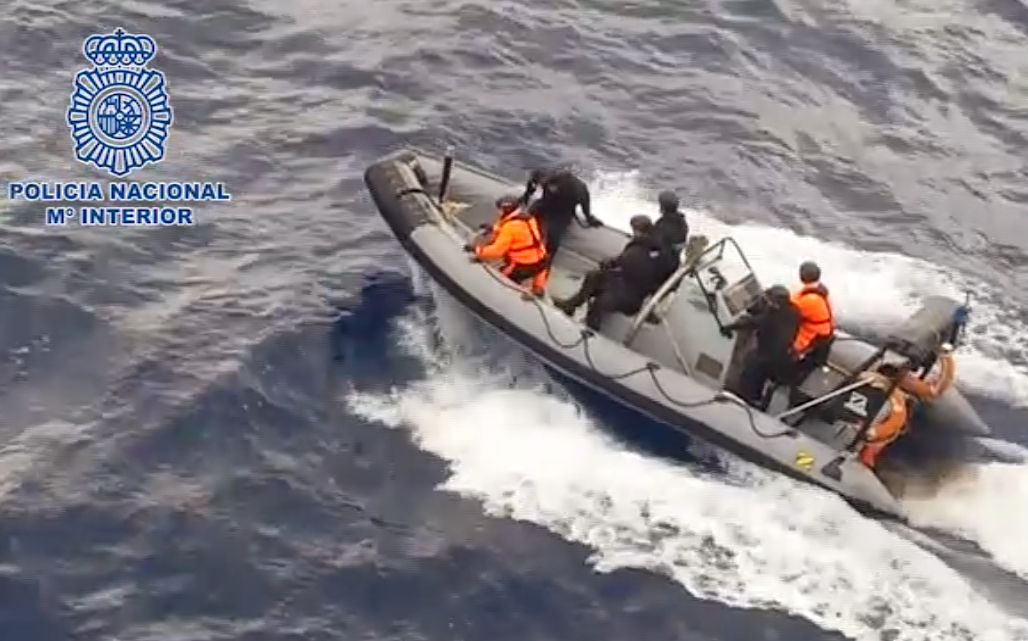 Footage from the police operation (Photo: interior.gob.es)The operation, initiated during summer in the Spanish province of Galicia, has been touted as disrupting a smuggling network stretching from Europe to Africa and South America.

The operation culminated with the seizure of the cocaine and the arrest of 12 people on a fishing boat off the coast of Moroccan-controlled Western Sahara, as the crew attempted to throw the drugs overboard.

The seizure, which yielded 2,575 kilograms of cocaine and more than US$ 10,000 in cash, came following several failed attempts to interrupt shipments.

In total, 24 people were arrested in the joint operation. Of those captured, 18 were found in Morocco and six in Spain. Among those arrested in Spain was the alleged leader of the group, who was attempting to travel to Colombia at the time of his capture.

Spanish police said the group used between three and four boats simultaneously in its shipping operation.