Spain: People Smugglers May Have Brought ISIS Members to Europe

Spanish authorities detained four people on Monday suspected of being part of a migrant smuggling network that may have been used by the Islamic State (IS) to bring its members to Europe. 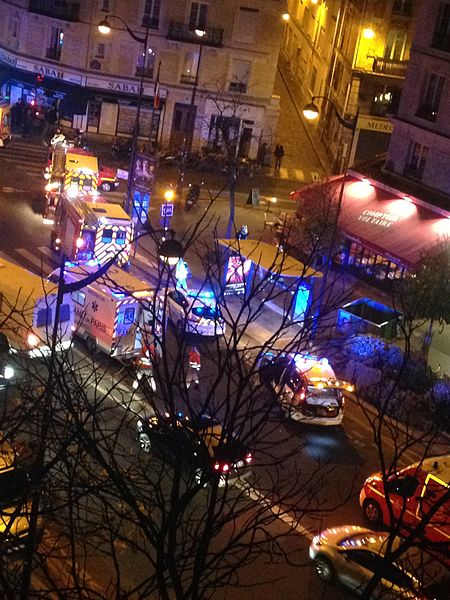 The aftermath of the November 13, 2015 Paris terrorist attacks (Photo: J Poitevin, CC BY-SA 4.0)Spain’s Civil Guard arrested the four people, hailing from Morocco and Algeria, in the northwestern province of A Coruna and in the southeastern city of Almeria, according to Spanish media.

Spanish authorities said the men had been in contact with "at least one" suspected terrorist arrested in Austria last year in connection with attacks in Paris that killed 130 people.

Investigators say the smuggling network used the route that has brought refugees from Syria’s civil war to Europe via Turkey, and was likely responsible for bringing nearly 200 immigrants to the Greek island of Leros on Oct, 3, 2015. Several members of IS are also believed to have entered Europe using the network.

Investigators are now trying to determine if the migrant smugglers were in on the attacks, or if their people smuggling operation had unintentionally helped ISIS members get to Europe.