A court in the Spanish city of Barcelona issued an international warrant on Friday for the arrest of Dmitry Firtash, an exiled Ukrainian oligarch allied to Russian President Vladimir Putin and tied to US president-elect Donald Trump’s former campaign manager, media reports said. 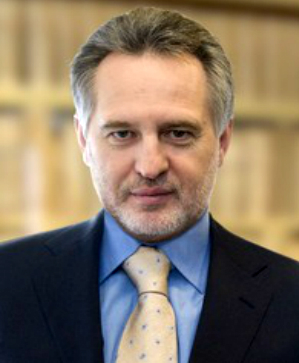 Dmitry Firtash (Photo: V.Diegtiar CC BY-SA 4.0) Spanish law enforcement accuse Firtash and two other men of being at the center of a scheme to launder millions of dollars in the country via companies in Cyprus and the British Virgin Islands, Spanish newspaper El Pais said, citing police officials.

The warrant is reportedly linked to the arrest for alleged money laundering in July of 11 people in July, including Stepan Chernovetskyi, the son of former Kyiv mayor Leonid Chernovetskyi.

Firtash was indicted by a grand jury in the US city of Chicago in 2014 on charges that he was at the center of a massive web of corruption involving titanium mining around the world.

Firtash was arrested in Austria in March 2014 but was freed after paying a US$ 174 million bond. Last year, a lower court in Austria ruled that the US extradition request was politically motivated and prohibited him from being sent out of the country. However, Austria’s constitutional court rejected in August an attempt by Firtash to challenge the country’s extradition agreement as unconstitutional, clearing the way for prosecutors to challenge the lower court ruling.

Adding complexity to the case is the fact that US president-elect Trump’s former campaign manager, Paul Manafort, has a history of dealings with Firtash. Both Firtash and Manafort were part of a partnership that in 2008 negotiated an abortive $895 million deal to buy Manhattan property and develop a luxury mall and spa.

Manafort resigned from Trump’s campaign in August, but has maintained contact with the reality TV star and business mogul's transition effort following his Nov. 8 election victory.