Montenegrin journalist Jovo Martinovic pleaded not guilty on Thursday to charges of working with a drug trafficking ring, in a trial decried by international rights organizations as an attack on the press. 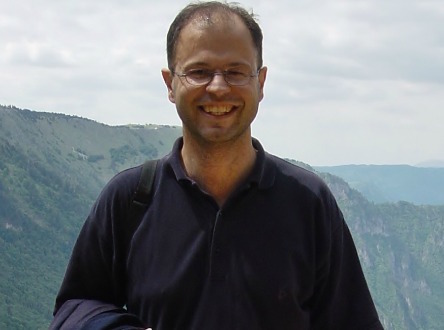 Jovo Martinovic (Photo: Reporters Without Borders, CC BY-SA 4.0)Martinovic, an investigative reporter known for his coverage of criminal networks, was detained last October along with 17 others as part of a joint operation between Montenegrin and Croatian police.

He has said that any contact he had with the other suspects was part of his work as a journalist.

The main suspect in the case, Dusko Martinovic, a convicted member of the “Pink Panthers” jewel theft network, testified on Thursday that the reporter was innocent of the charges.

Dusko Martinovic, who has pleaded guilty to some of the charges, told the court that he met the reporter while he was serving a prison sentence in 2012 and the two discussed making a documentary film.

International organizations including Human Rights Watch, the Committee to Protect Journalists and Reporters Without Borders have called for the charges against Martinovic to be dropped.

In a letter addressed to Montenegrin Prime Minister Milo Djukanovic, the groups expressed their concern that Martinovic was being persecuted for his work as a reporter rather than in response to an alleged criminal act.