A joint European police operation has led to the seizure of more than three tonnes of hashish off Italy’s coast, dealing another blow to a Polish-led criminal network that has been under investigation for two years, Europol said Wednesday. 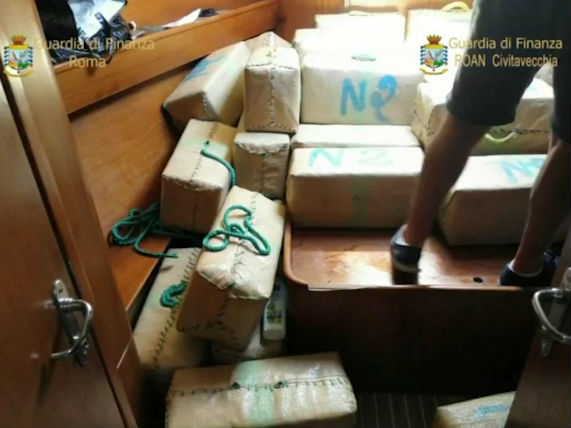 Police say the organization, based in the Spanish province of Granada, had been under investigation since 2014 as it shipped drugs from Morocco to Europe.

The alleged leader of the network, a Polish national identified as Tomasz K. or “Klapa,” was arrested in Spain on July 26 following investigations by Polish, German and Spanish law enforcement. The gang is accused of crimes including murder, extortion and kidnapping.