Balkan “Cocaine King” Darko Saric’s 20-year prison sentence for smuggling tons of cocaine from South American countries to Europe has been annulled on May 25 and a retrial was ordered, according to a Friday press release at the Belgrade Appeals Court. 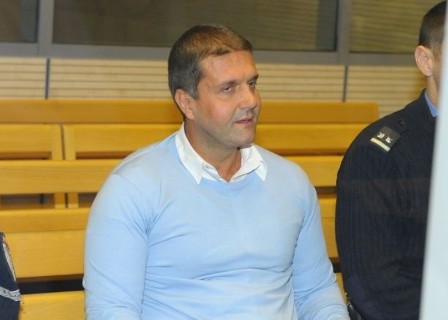 Darko Saric at court (Photo: KRIK)After a 5-year trial, Saric and more than 20 of his alleged associates were sentenced on July 13 last year for their alleged cocaine smuggling operations. Along with one of his closest associates, Goran Sokovic, Saric received 20 years in prison, while most of the other members of the group received prison terms lasting more than a decade.

The Appeals Court release does not state the details behind the newest decision, stating only that court procedure was breached in the first instance trial. As a result, all the defendants who received sentences are to be retried, while the three defendants who were found not guilty in the first instance trial will not face a new one. Saric will remain in detention until the High Court strikes a decision regarding his status.

A separate money-laundering trial against Saric and his alleged associates has also been brought back to its beginning for administrative reasons within the Serbian justice system in January, and it is ongoing.

Saric was depicted in regional media as the brain behind one of the largest and most successful drug-smuggling operations ever recorded in the region since his name first surfaced in connection with a massive cocaine seizure in 2009. The elusive drug lord allegedly operated under the eyes of law enforcement in several countries for years, and it is believed his success was partly due to strong connections he had with several powerful Serbian and Montenegrin businessmen and officials.

Since 2010, Saric and alleged members of his group found themselves charged in multiple indictments for smuggling 5.7 tons of cocaine into Europe and laundering the profits – estimated to be € 22 million (US$ 24 million). At first Saric was tried in absentia, until he turned himself in voluntarily in March 2014.

The Serbian Crime and Corruption Reporting Network (KRIK) reports that throughout his trial Saric maintained innocence, saying the charges against him are a result of a conflict between Serbian and Montenegrin authorities.