Hungarian Prime Minister Viktor Orbán’s office played a significant role in enabling a company then co-owned by Orbán’s son-in-law to win a series of public procurements without real competition, OCCRP partner Direkt36 reported, based on government documents it obtained through a public information request. 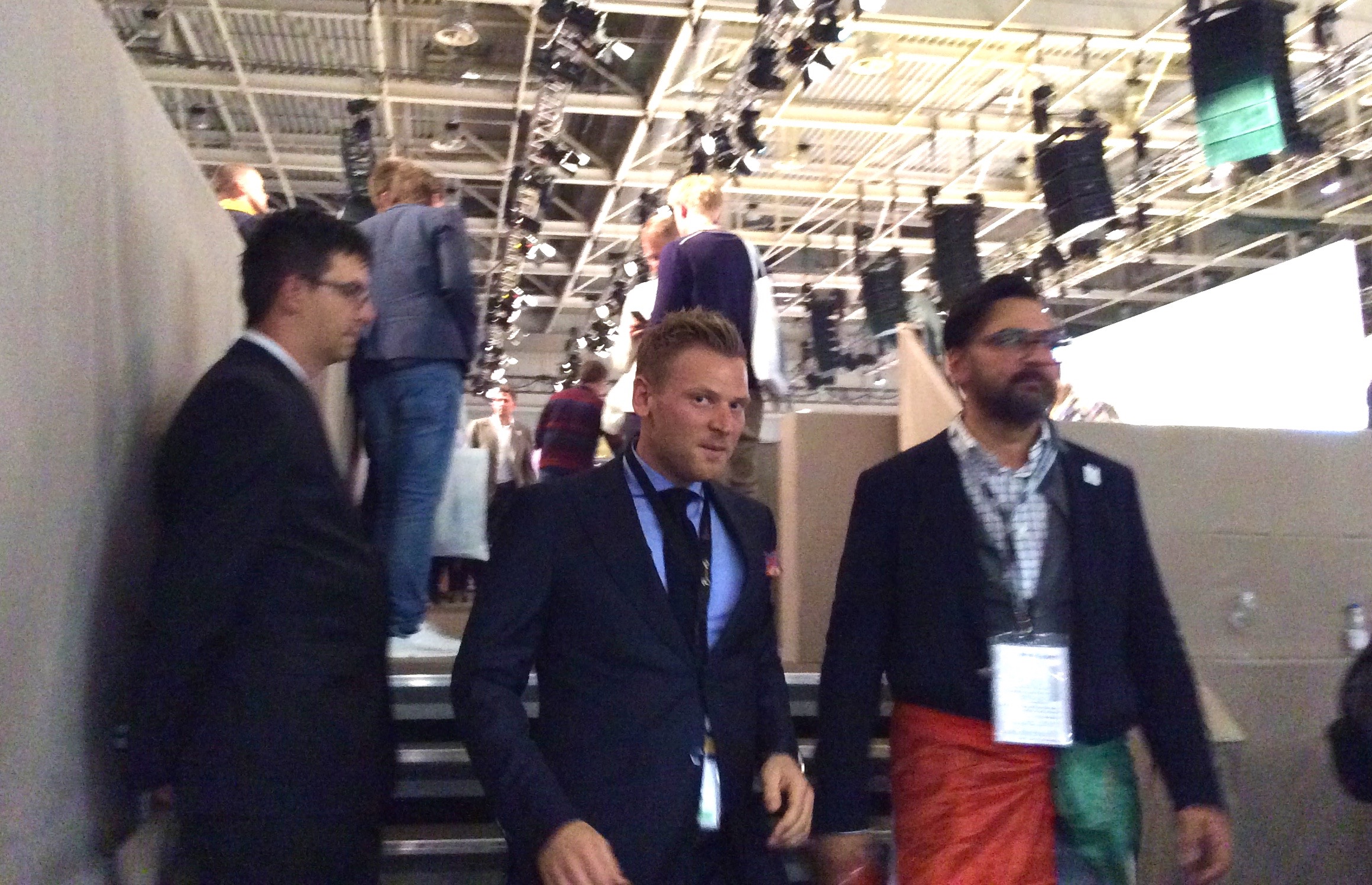 István Tiborcz, center (Direkt36 photo)The Prime Minister’s Office (PMO) is responsible for the legal supervision of the biggest public procurement procedures. The Office screens the calls for tenders before their publication to make sure that the procedure complies with laws, including regulations aiming to secure fair and open competition on the tenders.

During 2014, the Office had approved the calls for street lighting tenders later won by Elios Innovatív, an energy company then co-owned by István Tiborcz, the husband of Orbán’s oldest daughter.

Now these street lighting projects, almost entirely financed by the European Union, are under the investigation of the Hungarian police and EU authorities because of suspected violations of the procurement regulations. The probes were launched partly because the tenders included specific requirements that could have been met only by Elios Innovatív.

The PMO started to raise concerns about similar street lighting public procurements only in 2015, after the investigations had started. The Office then began to call for the tenders’ modification so that there would be competition.

By that time, however, the Office had approved eight tenders (worth 4.6 billion forints or 14.5 million euros in total), which were later won by Elios Innovatív – in most cases, without any competition.

The PMO said that Orbán was not involved in the decisions made about the tenders. “The daily operation of the inspection department is not controlled by the prime minister. He did not and cannot have influence on certain procurement processes or their inspection,” the PMO told Direkt36.

István Tiborcz said that he did not discuss the issue of Elios Innovatív’s contracts with his father-in-law. ”Why should I have?” he told a Direkt36 reporter who managed to catch him for a brief comment during a public event in Budapest early May. ”We normally talk about family issues, nothing else,” he added.