Police arrested a Camorra clan leader on Saturday after disguising themselves as delivery couriers to get into his apartment, according to a news release from the Italian Ministry of the Interior. 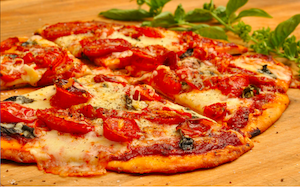 (Photo Credit: Wikipedia)  Roberto Manganiello, 35, was arrested near Naples as he watched a match between Italian Serie A football clubs Napoli and Inter Milan, Agence France-Presse said. He had been on the run since 2013 and offered no resistance. A 30-year-old woman was also arrested.

Manganiello was on the list of Italy’s 100 most dangerous fugitives, suspected of a number of offences including the alleged murder of two competitors loyal to another clan, the Interior Ministry said.

The Camorra are a mafia style organization that originated in Naples. Analysts often divide the group into metropolitan and provincial Camorra.

The metropolitan Camorra are a loose collection of small to medium sized groups with particular expertise in small crimes, including counterfeiting of music records and DVDs, the International Business Times (IBT) said. Salerno University researcher Marcello Ravveduto said they were “street organizations similar to American gangs.

The provincial Camorra are more established rural clans surrounding the city of Caserta. They infiltrate the business and political scenes in a similar way to groups like the Cosa Nostra and ‘Ndrangheta, IBT said.

Italian authorities struck a blow against the organized crime group in February when they arrested fugitive boss Alessandro Giannelli and dismantled a business group that was effectively a front for the powerful Camorra clan Moccia, the Agence France-Presse in Rome (AFPR) reported. Giannelli was implicated in a drug-related turf war within the Naples region, while the business group had acquired millions of euros of investment capital, AFPR said.

Italian Interior Minister Angelino Alfano said the operation was a “high-level investigative success,” adding on Twitter that it “dealt another blow to the Camorra.”