The Faces of Romanian Extremism 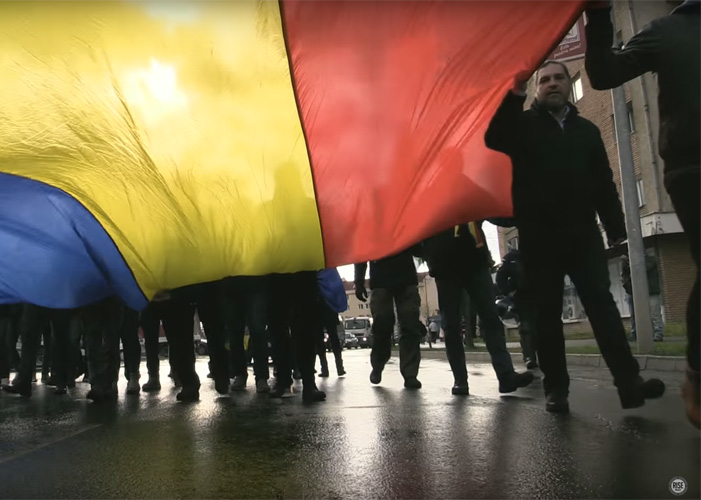 They are few but they are vocal. They are religious and march with icons by they also wear military clothes. They love God, but hate war refugees and minorities. They believe they defend their country, but regularly flout its laws.

They are known as Noua Dreapta and they are a political party. They regularly march through Romanian streets spreading their message of hatred against ethnic Hungarians, homosexuals and immigrants -- whenever they are not rebelling against each other.

A new documentary by OCCRP member's RISE Project of Romania and Atlatszo in Hungary called The Faces of Noua Dreapta, follows the organisation from its founding 15 years ago to today,telling the story of its people, how they overcame self-inflicted problems, how they survived with the help of controversial Romanian businessmen and how they've grown internationally even spreading to Moldova. It's also a story of infighting, conspiracies, criminal activities including child pornography and politics as the group prepares for its first elections.