Fourteen members of a group have been arrested on suspicion of forging passports and other documents for people planning terrorist activities, according to a Feb. 18 news release from the Russian Federal Security Service (FSB). 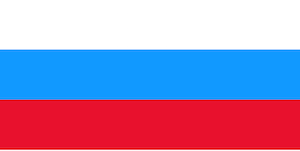 (Photo Credit: Wikipedia)The group allegedly forged documents for people illegally traveling to Syria to fight on the side of terrorists or coming to Russia to conduct terrorist and extremist activities, as well as illegal migrants.

According to the news release, the FSB seized a “large number of fake documents, letterheads, seals, stamps, (and) equipment used for their manufacture, as well as extremist literature.”

To cover their tracks, the suspects frequently changed address and used various forms of secret communication including computer software that hides user data, according to the news release.

A video and audio statement posted on ISIS-affiliated social media last November had ISIS threatening to attack Russia “very soon”, according to CNN, which could not independently verify the authenticity of the video.