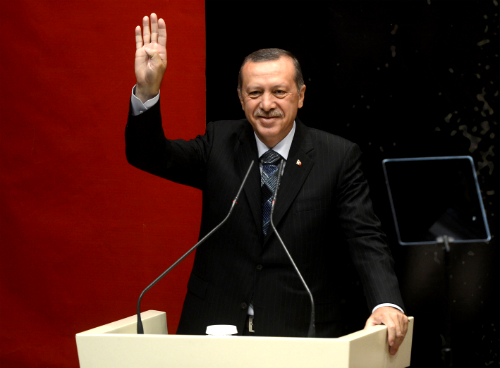 President Erdogan (Photo: Wikimedia)The Bologna Chief Public Prosecutor opened the investigation based on a complaint filed by Murat Hakan Uzan, a Turkish political dissident and opponent of President Erdogan’s regime who is currently living in exile in France. Uzan, who is wanted in Turkey, claims Bilal Erdogan arrived in Italy in late 2015 with a large amount of money to launder, reported the British newspaper Independent.

Italian prosecutors are investigating whether the alleged money is connected to the 2013 political corruption scandal in Turkey concerning money laundering and President Erdogan’s ruling AKP party, according to the Independent.

Turkish prosecutors said that in 2013, the AKP and senior Turkish government officials faced a major graft probe, including an alleged money laundering scheme to bypass US-led sanctions on Iran, according to the Independent. Turkish prosecutors subsequently ordered a series of arrests in December 2013 and accused 14, including several cabinet ministers’ relatives, of bribery, corruption, fraud, money laundering and gold smuggling.

Bilal Erdogan allegedly was one of the prime suspects in the corruption probe, according to Today’s Zaman.

Bilal Erdogan says he is in Italy with his wife and children to continue his doctoral studies, which he began in 2007 at the Bologna campus of Johns Hopkins University’s School of Advanced International Studies, according to the Italian news agency ANSA.

According to his Italian lawyer, Bilal Erdogan says the accusations against him “are completely groundless”, reported ANSA.