The Macedonian Special Prosecutor’s office has denied allegations that its prosecutors have abused the office by pressuring witnesses in ongoing investigations involving alleged government malfeasance. 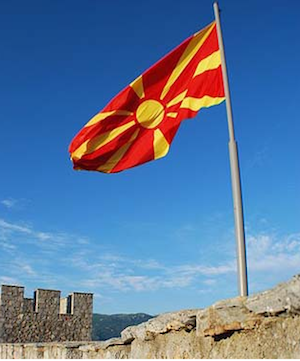 Deputy special prosecutors have allegedly been coercing police employees to testify with promises of lighter sentences, telling them to “save their own skins.”

Balkan Insight reports that seven criminal charges have been filed against different members of the team with the Basic Public Prosecution Office in Skopje.

The special office, composed of 12 mainly young prosecutors, is supposed to investigate wiretaps allegedly obtained by illegal mass surveillance by the government of former Prime Minister Nikola Gruevski. The fallout caused a political crisis in Macedonia that led to a EU-brokered mediation deal known as the Przino Agreement, according to Balkan Insight.

Under a deal announced last year, Janeva has the right to choose her deputies and is not subject to the regular prosecution hierarchy or any political office, according to Balkan Insight. Janeva is also supposed to have an unlimited budget, although she will have to justify expenditures.

Dragan Malinovski, a former member of the State Anti-Corruption Commission, said that the goal of the criminal allegations was to put the special prosecutor’s office on the defensive, which would “seriously diminish its capacity for effective management of the [target] cases,” Malinovski told Deutsche Welle.

A statement on Feb. 4 from the United States Mission To The Organization For Security And Cooperation In Europe called the appointment of Janeva an important step to implement the Przino Agreement, which “represents Macedonia’s best path forward out of its political crisis.”