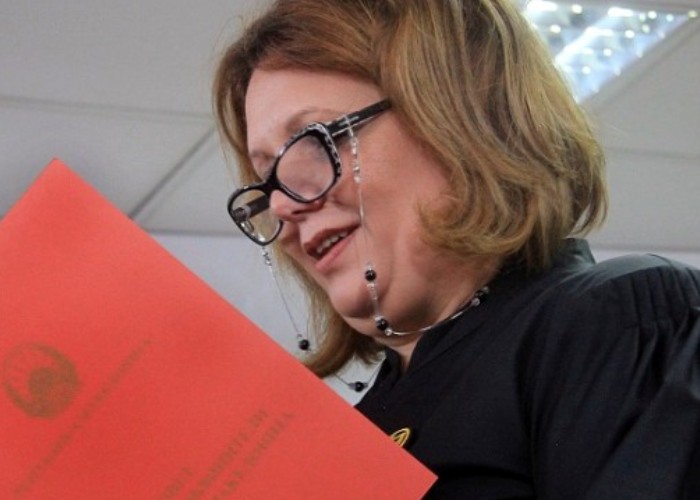 In a survey published Thursday, Nov. 19, 33 percent of respondents believed that the new special prosecutor appointed to investigate allegations against the Macedonia's political elite will be able to do her job independently and without obstruction – while 28 percent said she won’t.

New special prosecutor Katica Janeva (pictured) is a woman whose task - to untangle  accusations arising from an incendiary series of leaked 'wiretaps' - is truly great.

But what do we know about her?

In the Matevski family home in Skopje, the TV is rarely on for the evening news. It’s been that way for a decade. But tonight was different.

But on a recent evening, he sat down to the news together with his wife and mother. They wanted to see new Special Prosecutor Katica Janeva take her solemn oath in front of the Macedonian Council of Public Prosecution. Janeva and her team of 12 people – mainly young prosecutors – are tasked with investigating a series of wiretaps allegedly obtained by mass illegal surveillance of up to 20,000 citizens by the government of Prime Minister Nikola Gruevski. The scandal sparked a political crisis earlier this year. 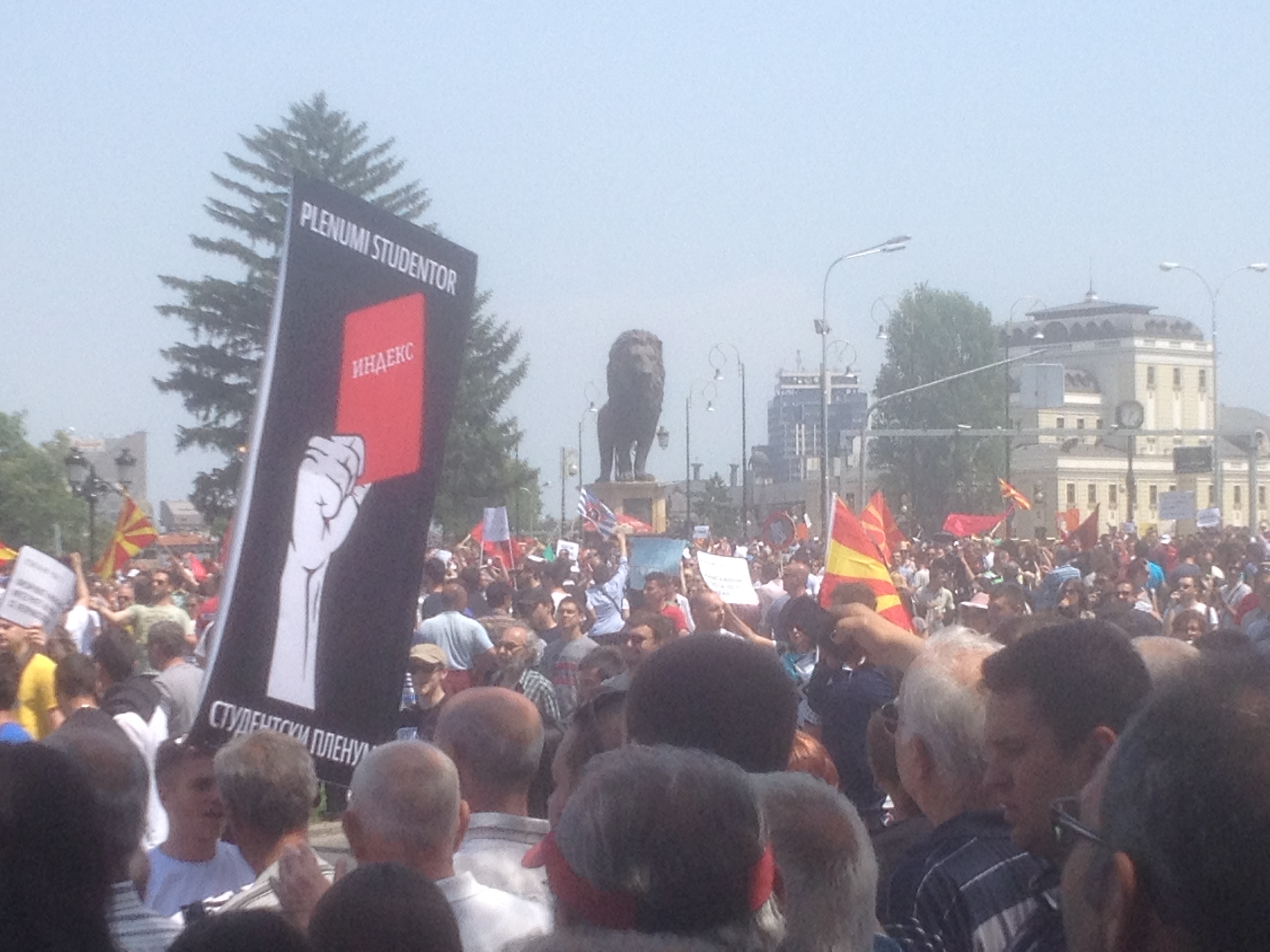 Anti-government protest in Skojpe, May 2015

Matevski’s wife, Milka, says: “It was about time for a woman to show up and get things done here. We have had enough men.” Like her husband, Milka Matevski lost her job in the 1990s after the break-up of Yugoslavia. “We are only surviving,” says Milka. Both of their children now live in Germany because, she says, “a nice life is promised only to the children of the powerful and corrupted people” in Macedonia.

After many years of apathy, the Matevskis are once again interested in politics.

“I can’t say I see a light in the tunnel, but at least there is a hope that justice will finally be served,” says Matevski. “I want to think that (prosecutor Janeva) will do her job,” he says, “and that there will be people who will pay for what they have done to this country so that no one ever dares do the same in the future.” The Matevskis are not the only family to have lost hope over the years. According to both international and domestic monitors, public trust in the country’s courts, prosecutors and anti-corruption bodies seems to have dipped to an all-time low.

According to the latest report by the Washington-based Global Financial Integrity organization, which monitors illicit money flows, US$ 5.3 billion was laundered from Macedonia between 2003 and 2012. Of this, nearly a billion per year was sent out through illegal transactions between 2008 and 2011.Yet Macedonia is one of the few countries in Europe in which not a single top official has served time in prison despite serious allegations of corruption.

In the past two decades, public prosecutors in Macedonia have been seen as pawns of the ruling parties – shrewdly positioned to serve and protect the people in power, rather than bring them to justice. Macedonia’s first democratically elected, post-socialism government in the early 1990s – the Social Democrats (SDSM), led by Branko Crvenkovski – was accused of the criminal privatization of public companies. There are strong indications that public companies were illegally sold off by politicians in cahoots with contacts in the judicial system and public institutions. As pro-democracy organization Freedom House notes, the cases led to back-and-forth accusations between the SDSM and opposing party VMRO-DPMNE. Thousands of workers lost their jobs, and the firms ended up in the hands of a powerful few with alleged links to politicians.

The patronage system appears to have continued. Macedonia’s most recent government, led by VMRO-DPMNE, has been in power for nine years – the longest stretch of power since the early 1990s. Their marathon run has coincided with more accusations of possible abuse of power by a small circle linked to Prime Minister Nikola Gruevski. Corruption is now perceived as one of the country’s key problems. The European Commission’s latest progress report warned that its track record for investigating high-level graft was weak, hobbled by a malleable justice system unable to do its job.

So when leader of the Social Democrats Zoran Zaev published recordings of wiretapped phone conversations earlier this year, the scandal reinforced commonly held beliefs about failures in the justice system.

The recorded conversations appear to implicate not only Gruevski and his cabinet, but also several officials in the courts and prosecution including the State Prosecutor. Faced with huge street protests, and allegations of wiretapping more than 20,000 Macedonian citizens, the ruling party signed an agreement with the opposition this summer.

The deal, brokered by the European Union and United States and signed on June 2, established a special prosecutor to investigate allegations of crime, corruption and abuse of power arising from the wiretapping affair. The matter seemed particularly pressing as tens of thousands took to the streets to demonstrate their loss of confidence in the integrity of the state apparatus.

A woman with a difficult task

In a country where political patronage is deeply entrenched, expectations of the Special Prosecutor are running high. “People are just talking about the ways she is dressed, but I don’t really care as long as she does the job that she promised,” says Ilija Matevski who, like most of the country, had never heard of Janeva before she was appointed. In Macedonia, the job of prosecutor is not widely coveted. 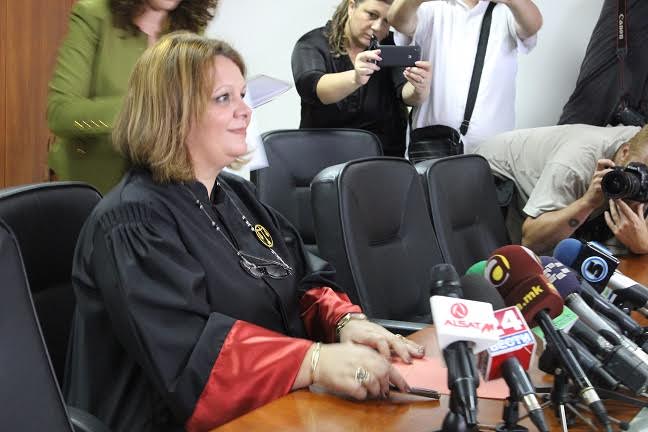 Many in Macedonia remember a statement by former State Prosecutor Aleksandar Prcevski, who said in anger and frustration, “I am the last fool in this country (for taking) this job.” But Janeva, conversely, said she had actively sought the job. She arrived on the public stage in a prime-time interview with the entire nation watching, and suddenly everything was in the spotlight: her clothes, her make-up, the music she shared on Facebook, the movies and books she liked. Her professional background seems unremarkable: provincial cases, nothing huge. She was made an assistant prosecutor in 2003, and then appointed chief prosecutor of the small southeastern town of Gevgelija (population 16,000) in 2009.

The biggest controversy journalists could dig up was her choice of films and music – Turkish soap operas and Balkan turbo-folk.

As many opinions as there are observers

Janeva delivers public statements with confidence; politicians say she’s been coached by foreign experts in speaking to the press.

Colleagues who knew her in Gevgelija say she was professional, with no strong interest in politics.

But her lack of experience in the field of organized crime and corruption make her choice to be special prosecutor surprising, say her former colleagues.

She had worked on cases involving prison sentences of up to five years, such as car accidents, drug trafficking, and prostitution, but never cases involving high-level officials.

“I think she has no idea what she’s getting into,” one judge told OCCRP when asked if Janeva could survive in the position.

One thing is for sure: it takes a lot of courage to offer to investigate powerful politicians in a place such as Macedonia. University professor Denko Maleski says: “I am still not sure whether she is brave, or if she is naïve and has no idea what awaits her.

“The title of ‘Iron Lady’ has to be earned, and it depends whether we see results from the investigations.”

Maleski believes whatever happens, Janeva’s work will be a lesson for anybody watching.

Slagjana Taseva, president of Transparency International’s Macedonian arm, was pessimistic as to whether Janeva would succeed and earn public respect.

“There are so many obstacles on this special prosecutor issue. I don’t know Janeva personally, but it will take a lot of courage and persistence to achieve good results. I would like to hope that she can deal with this,” says Taseva.

She added that the law allowing for the Special Prosecutor includes many inconsistencies that will hinder Janeva’s work.

“Eighteen months for investigation is a very short period for such huge cases. If she does not manage to solve them, those cases are gone – they can never be reopened again.”

On top of this, Taseva is concerned that some public institutions may not cooperate.

“And even if she accuses someone of organized crime,” says Taseva, “which court will act on those cases? The same one that we know is under (strong) political influence? I don’t think so,” she adds.

In one interview, Janeva promised to deliver the first charges based on the wiretap material early next year.

Her full mandate is four years.

She is seen differently by opposite ends of the political spectrum. Supporters of the ruling party say she is arrogant, accusing her of greed because she requested a budget of US$ 1.2 million for the last three months of 2015. They think she’s working for the opposition.

Opposition-minded bloggers call her a supporter of the ruling party because she was elected chief prosecutor in Gevgelija while the VMRO-DPMNE were in power.

Others still are more generally critical, pointing to her lack of experience in the field of organized crime and corruption.

But, in the family home of the Matevskis, hope is still alive.

Janeva began work this week after many setbacks. Last Tuesday her team was finally appointed and her budget approved after many weeks of uncertainty and obstruction by judicial institutions.

The first thing Janeva did was to ask the state prosecutor to give her all the materials he holds relating to the wiretapping scandal.

The press is eager to hear more on her work, but yesterday their offices were empty. She and her staff haven't moved in yet because the furniture is late, the prosecutor says.

Her results will show whether Macedonia has the capacity to build strong and independent institutions, and once and for all implement the principles of rule of law.

For now, Janeva has the faith of the people, even if she must work quickly.

As Milka Matevski says: “Faith itself is blind, but justice shouldn’t be. That is what I would tell her if I ever meet her. And of course, ‘Don’t let us down’.”