The US Drug Enforcement Administration (DEA) has made several arrests targeting a global drug trafficking and money laundering network as part of a larger investigation into Hezbollah activities, according to a Monday news release. 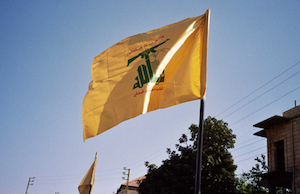 Flag of Hezbollah  The DEA, working with the US Customs and Border Protection and counterparts in France, Germany, Italy and Belgium, arrested top leaders of the operation’s European cell last week, with the most significant arrest being US-designated terrorist Mohamad Noureddine, according to the news release.

The efforts are part of the DEA’s Project Cassandra, which targets the global network responsible for the movement of cocaine through the United States and Europe.

The Hezbollah BAC is believed to move drug proceeds from Europe to the Middle East and South America by using a traditional Muslim distribution system known as Hawala. The Hezbollah BAC would then make payments to cartels in South America, with proceeds allegedly used to fund Hezbollah activities in Syria, according to Deutsche Welle.

The DEA said that the investigation “highlights the dangerous global nexus between drug trafficking and terrorism.”