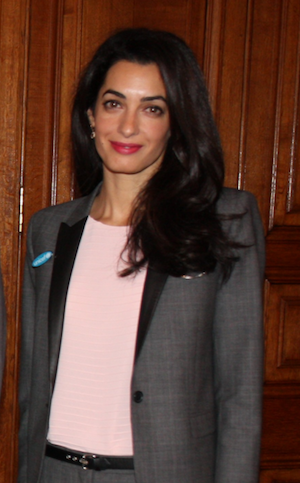 Namazli said that Ismayilova agreed to Clooney’s offer because of the  “courage” she had demonstrated in representing Mohamed Fahmy, an Al-Jazeera journalist who was imprisoned in Egypt in 2014.

Radio Free Europe/Radio Liberty editor-in-chief Nenad Pejic said Clooney’s decision to take the case  “is a powerful affirmation of Khadija and her journalism,” calling it a “triumph for media freedom.”

According to Radio Free Europe, Clooney will serve as co-counsel on the case alongside Nani Jansen, head of the Media Legal Defense Initiative. They will challenge Azerbaijan’s detention of Ismayilova on the grounds that it is a violation of the European Convention.

Ismayilova, who reported on corruption and nepotism within the Azerbaijani government, was sentenced to 7.5 years in prison by the Baku Court of Grave Crimes in a case where no witnesses testified against her, according to Radio Free Europe.

Ismayilova's jailing brought reactions from many human rights organizations, which denounced the conviction as politically motivated retaliation for her stories about high-level corruption in Azerbaijan. The European Parliament passed a resolution calling for her unconditional release.