The European Parliament (EP) has adopted a resolution calling for the release of prisoners in Azerbaijan, among other anti-corruption and pro-democracy measures. 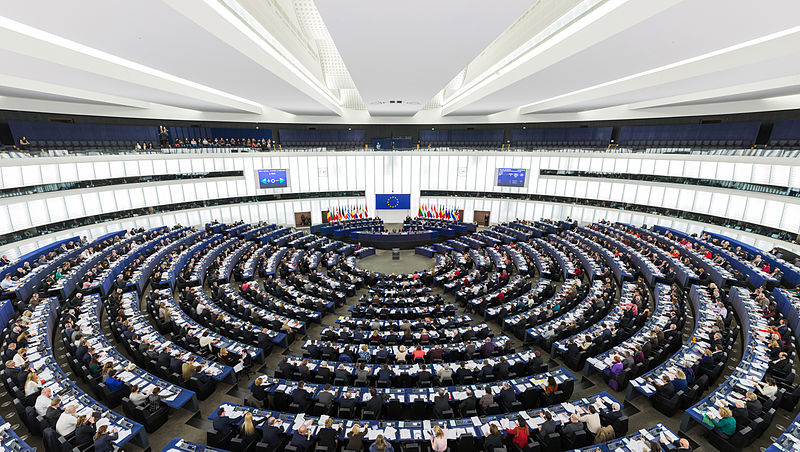 European Parliament in StrasbourgProposed by more than 70 Parliamentarians, the EP resolution was adopted at a plenary session on Thursday afternoon with 365 votes in favor and 202 against, with 72 abstentions.

The resolution calls on the Azerbaijani state to end its persecution of civil society and human rights organizations, adding that negotiations for a strategic partnership agreement with Azerbaijan should be put on hold until its government takes concrete steps to "advance respect for universal human rights".

The resolution also calls for the immediate and unconditional release of journalists and activists including OCCRP/Radio Free Europe reporter Khadija Ismayilova and human rights activists Leyla and Arif Yunus, as well as a full inquiry into the recent death of journalist Rasim Aliyev.

It asks European Union (EU) authorities to conduct a thorough investigation into the corruption allegations in Azerbaijan.

The resolution calls on the European Commission (EC) to review and possibly suspend any funding that is unrelated to human rights and grassroots-level assistance given to Azerbaijan through the EU's foreign policy financial arm.

It also recommends that the EC and EU member states consider sanctions and visa bans on politicians, officials and judges involved in the political persecutions.

EP member for the North-West of England, Sajjad Karim, said at the plenary session: "When Azerbaijan joined the Council of Europe, our hope was that it shared our attachment to human rights and fundamental freedoms. As we see today, that hope is replaced by – to put it mildly – strong concern."

The EP's strengthened stance on Azerbaijan follows an increase in media coverage of the country's human right issues.

A French documentary aired on Monday on the regular show Cash Investigation alleged that there were improper links between French and Azerbaijani officials, prompting the Azerbaijani state to announce it would sue the channel France 2.

As Aliyeva opens a photo exhibitionen titled "Azerbaijan, Land of Tolerance", Lucet is shown approaching Aliyeva to ask if her country is really a land of tolerance.

After Aliyeva answers in the affirmative, the journalist contends that there are many political prisoners in the country, a claim Aliyeva denies as she starts walking away.

Lucet then asks about the cases of Khadija Ismayilova and Leyla Yunus.

Aliyeva ignores the questions, and security guards tell Lucet to be quiet.

"We are in France. Journalists can ask questions in France," she replies.

Note: This article was clarified on September 12 to more accurately reflect events.